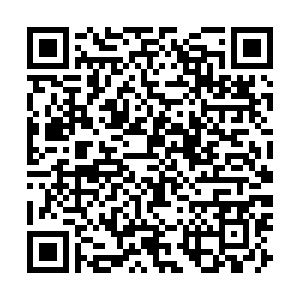 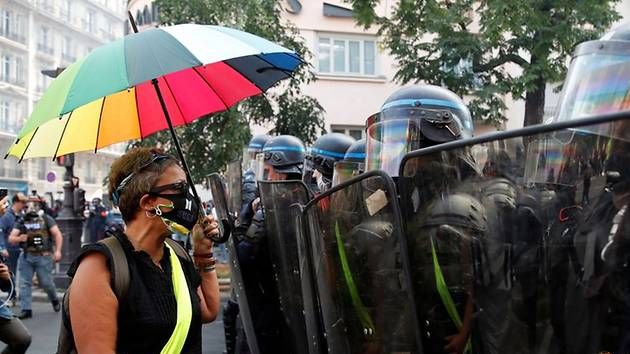 A protester holding an umbrella stands in front of police officers during a demonstration by the yellow vest movement in Paris, France, September 12, 2020. /Reuters

A protester holding an umbrella stands in front of police officers during a demonstration by the yellow vest movement in Paris, France, September 12, 2020. /Reuters

French authorities deployed a heavy police presence in Paris and used tear gas on Saturday as the "yellow vest" movement returned to the capital after being dampened by the coronavirus crisis.

Several hundred demonstrators gathered at two squares in Paris for authorized marches. One cortege set off without incident but the other march was delayed after police used tear gas to disperse protesters who left the designated route and some of whom set fire to waste bins and a car.

The authorities had banned protests in a central zone including the Champs-Elysees, the scene of rioting at the height of the yellow vest movement nearly two years ago when anger over fuel taxes and President Emmanuel Macron's style of rule brought hundreds of thousands onto the streets across France.

Police said they had made 154 arrests by 1 p.m. local time on Saturday.

The renewed mobilization of the yellow vests, named after motorists' high-visibility jackets that became the symbol of the movement, comes as France is grappling with a resurgence in cases of the coronavirus.

French Prime Minister Jean Castex on Friday said the government was aiming to avoid a new nationwide lockdown following a resurgence of the coronavirus pandemic. 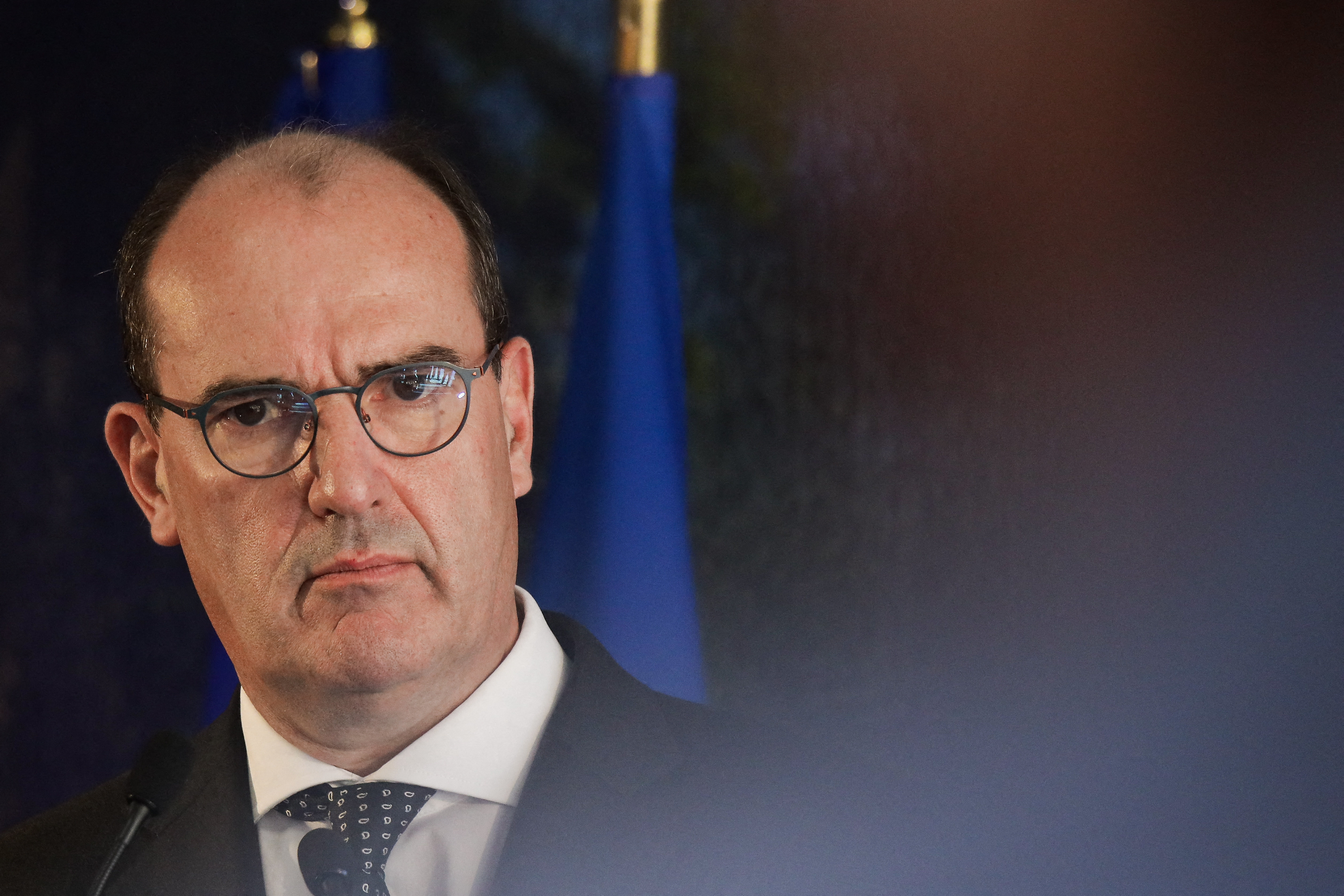 Castex said the government would instead enforce less radical measures such as fast-tracked testing for priority cases and handing local authorities the power to make some businesses reduce their opening hours.

His comments came in the wake of a special meeting of ministers and health experts about introducing stricter measures to contain the spread of the virus.

The French government had previously said it would want to avoid a lockdown so as to protect the economy which was pushed into a recession by the effects of the pandemic. Figures from INSEE, the national statistics institute, revealed that the economy shrank by nearly 14 percent in the second quarter due to the impact of coronavirus lockdowns.

The government was expected to announce new measures in the wake of the resurgence. Some of the measures which were speculated to be on the table included local lockdowns, early closure of restaurants and a ban on social gatherings.

France has so far recorded more than 300,000 confirmed cases and more than 30,000 deaths, according to data from Johns Hopkins University.