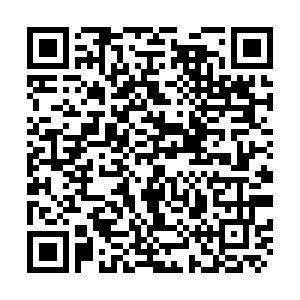 A Cricket ball is seen lying on a pitch. VCG Image

A Cricket ball is seen lying on a pitch. VCG Image

The South African Sports Confederation and Olympic Committee (SASCOC) intervened in the affairs of the troubled Cricket South Africa (CSA) demanding that the CSA board of directors and senior executives step aside immediately as a team investigates the body's affairs.

SASCOC issued a letter expressing its concern at the state of CSA which has been in turmoil since the suspension of former CEO Thabang Moroe in December 2019.

SASCOC listed several issues it had including the failure by CSA to avail to SASCOC's board the Fundudzi forensic report which was used to subsequently fire Moroe last month.

"The SASCOC Board…resolved that in order for it to facilitate the work of the task team, the CSA Board and those senior executives who serve ex-officio on the board are directed to step aside from the administration of CSA on full pay pending the outcome of the task team's investigation," SASCOC said in its letter.

SASCOC added that it will expect the full cooperation of the said officials into the investigation.

"However, SASCOC will expect the CSA Board and senior executives as aforementioned to assist the task team to execute its mandate where necessary, when called upon to do so."

The team is expected to avail its findings and recommendations to SASCOC and CSA's Members' Council within one month of the confirmation of its members.

In response to SASCOC's letter, CSA disputed the decision arrived at by the Committee and said it was "taking legal advice" regarding the basis on which SASCOC sought to intervene in its affairs.

"CSA, including its Members' Council, does not agree with the resolution taken by SASCOC and has not had the opportunity to engage with SASCOC on various issues raised in the communication," CSA said in a statement.

"CSA does, however, commit to engaging further with SASCOC to understand its position and to find common ground with it in the best interests of cricket."

CSA has endured a turbulent year marked by a series of difficulties both on and off the pitch.

That period witnessed a dismal performance by South Africa at the Cricket World Cup and a tour of India. Additionally, a number of board members resigned, sponsors left CSA and Moroe was suspended as CEO due to allegations of misconduct. CSA was also embroiled in an accreditation scandal in which five journalists seen as critical of the organization were banned.

Last month, Chris Nenzani resigned from his position as CSA president, along with Jacques Faul, who was cting CEO, just weeks before the governing body's annual general meeting.