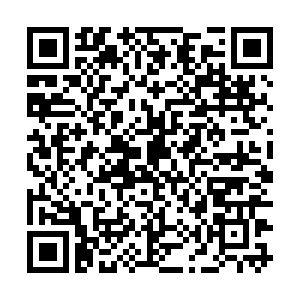 China's poverty reduction favors a successful interaction between social, economic, and political fields with a comprehensive approach, a Cuban analyst told Xinhua in a recent interview.

China has lifted more than 700 million people out of poverty, which marks great social progress, said Ruvislei Gonzales, head of the Asia and Oceania division at Havana's Center for the Study of International Politics.

"The Chinese government and people have been working hard to eradicate extreme poverty by 2020, despite the COVID-19 pandemic," he said.

The leadership of the Communist Party of China, he said, has been a fundamental pillar of the important transformations carried out by the Chinese people over the past few decades.

"The reform and opening up since 1978 has paved the way for the impressive achievements China shows to the world today," he said.

Gonzales said that many countries follow a strategy of addressing extreme poverty by building houses or subsidizing the acquisition of them, but "China has done more."

"The country has also demonstrated that it is possible to implement public policies to improve living conditions of the people," said Gonzales. "The Chinese government has combated poverty at all levels."

By lifting millions of people out of poverty, China has made a contribution to tackling one of the major problems that global governments and societies are confronted with currently, he said.

The expert also noted the importance of the Belt and Road Initiative (BRI), which will have a direct impact on billions of people and boost regional and global trade.

In that respect, the BRI seeks to reduce poverty inside China and extend development from the east to west of the country, he said.

"Also, the BRI is facilitating the possibility for members participating in this project to put into practice similar strategies to those implemented by China to reduce extreme poverty," said Gonzales.

Gonzalez said that Cuba can learn from China's strategy to combat extreme poverty.

"The Chinese government and local authorities have worked together to eliminate extreme poverty the same way the Caribbean island is doing right now in the context of the ongoing economic reforms," he said.