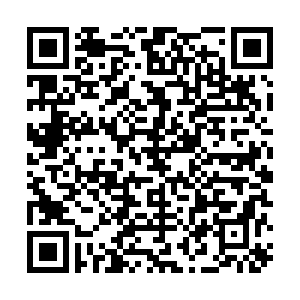 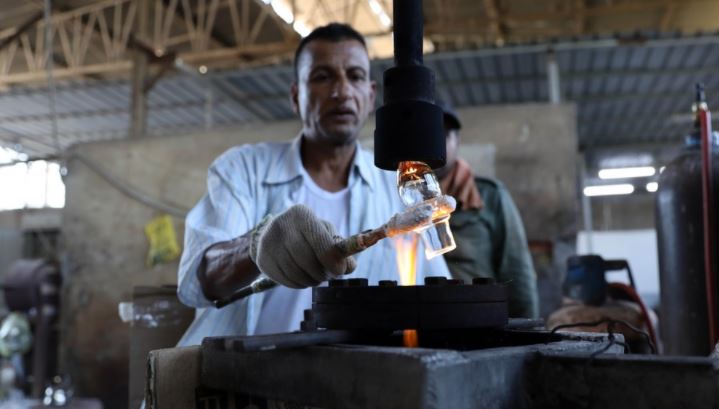 A villager works in a factory for glassware in Dakahlia's Garrah village, Egypt, on Sept. 2, 2020. (Xinhua/Ahmed Gomaa)

A villager works in a factory for glassware in Dakahlia's Garrah village, Egypt, on Sept. 2, 2020. (Xinhua/Ahmed Gomaa)

In Garrah village in the northern Egyptian province of Dakahlia, residents have long overcome unemployment through making and decorating glassware for domestic use.

"You won't find a single unemployed person in this village," Abdullatif al-Behery, a worker at a glass decoration workshop in Garrah, told Xinhua.

"Glassware making and decoration is almost the sole business in the village … We already beat unemployment decades ago thanks to this business," said al-Behery, who has been in the business for 20 years, adding his village now has more than 100 glass decoration workshops and a number of glassware factories.

Sitting in front of a shabby wooden table, the 37-year-old man, who inherited the profession from his father, was using a tiny brush to draw a red butterfly on a glass pitcher.

"The business of glass making and decoration started here in the 1980s when a big factory opened on the outskirts of the village," he said.

With increasing factories and decoration workshops opening in the village, large numbers of jobless villagers were hired, al-Behery added.

"I remember how the village looked before the glass business boomed here … People were very poor and young people migrated to the capital or other metropolitans in search for good jobs," he told Xinhua.

According to al-Behery, glassware production and decoration is more like an art than a profession.

"In the workshops, workers draw and color glassware items and turn them into pieces of art … Our produce is sold nationwide," he said, adding some companies and workshops even export their products abroad. 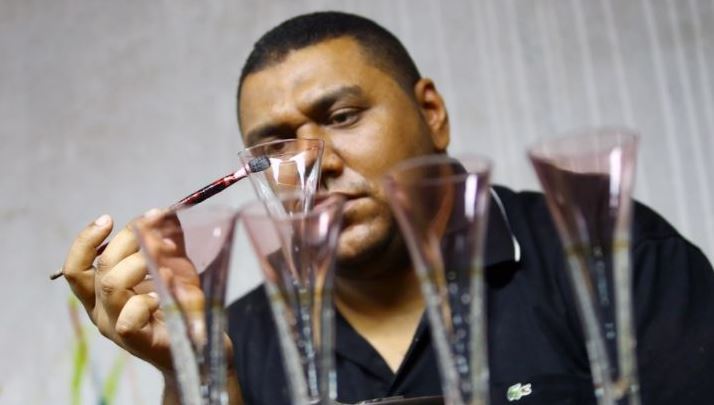 A villager decorates glassware in a factory in Dakahlia’s Garrah village, Egypt, on Sept. 2, 2020. (Xinhua/Ahmed Gomaa)

A villager decorates glassware in a factory in Dakahlia’s Garrah village, Egypt, on Sept. 2, 2020. (Xinhua/Ahmed Gomaa)

According to the Egyptian Export Council for Building Materials, the country's glass exports during 2019 hit 370 million U.S. dollars, up from 345 million dollars in 2018.

However, impacted by the coronavirus outbreak, glass exports slumped by 22 percent in the first six months of 2020 to 154 million dollars, down from 199 million dollars in the same period of 2019.

In fact, Egypt imported 50 percent of its glass needs until 2010, before the glass industry boom in the past decade turned it into an exporter of all types of glass.

Not far away from the workshop where al-Behery works, dozens of people were busy making glassware in the village's largest factory.

"This is one of the oldest factories in the village. We started here over 30 years ago," Maher Rezk, the quality and marketing manager of Abdallah Elsheraiy factory for Glassware, told Xinhua.

"We have some machines, such as the ovens, but most of the glass making stages are handmade," he noted.

The 7,800 residents in the village have enjoyed stable and reasonable income for decades, Rezk said.

The unemployment rate in Egypt stood at 9.6 percent in the second quarter of 2020, up from 7.7 percent in the first quarter, amid the COVID-19 pandemic.

At a corner of the factory, Mahmoud Karakish, a 48-year-old worker, was helping his fellows pack up glass cups which would be delivered to other cities.

"I have been working at the factory for 25 years … I learned everything about glass making during these years," the father of three told Xinhua.

"Everyone now has a job and income that can meet our needs," he said, flashing a smile.