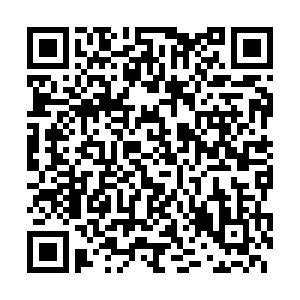 The Kenyan government added Tanzania to the list of countries to resume international air services to the country, ending the diplomatic impasse over access of flights for weeks.

The Kenya Civil Aviation Authority (KCAA) added Tanzania and nine more nations in its latest review of the countries whose travelers are exempted from the 14-day mandatory quarantine upon arrival.

The latest review brings the total number of countries allowed to fly in Nairobi to 147 after Kenya reopened its skies for international travel.

Other countries that have been added to the list include Ghana, Nigeria, and Sierra Leone among others.

Visitors from Tanzania were not allowed to mingle freely with the public until they complete a two-week quarantine period.

The directive from the Ministry of Health prompted a diplomatic spat between the two neighboring countries over COVID-19 protocols to be followed in the cross-border movement of people and goods.

The Tanzanian government then banned Kenyan airlines from its airspace and said it will not lift the ban unless air travelers from the neighboring country were accorded the same treatment as those on the initial list of exemptions.

However, the diplomatic impasse ended on Tuesday after the inclusion of Tanzania on the "safe flights list."

"The resumption and restoration of flights for all Kenyan operators are with immediate effect and the KCAA has been informed accordingly," TCAA said in a statement on Wednesday.

Kenya resumed international flights on August 1, with only 11 countries with mild and limited community transmission allowed in.

The government said the list will be reviewed on a regular basis depending on the circumstances on the ground and after a comprehensive global mapping of the intensity of the disease.

The expansion of the list of countries in the "safe flights list" comes as the east African nation continues to record a decline in COVID-19 cases across the country.

The Ministry of Health on Wednesday announced that 92 more people tested positive for COVID-19 in Kenya from 2,985 samples tested in the last 24 hours, bringing the total number of confirmed cases to 36,393.

Mercy Mwangangi, health chief administrative secretary told a daily briefing that 165 people recovered from the disease, 60 of them from the home-based care program and 105 discharged from hospitals, taking the tally of recoveries to 23,529.

Three patients however succumbed to the disease, bringing the total number of fatalities to 637.