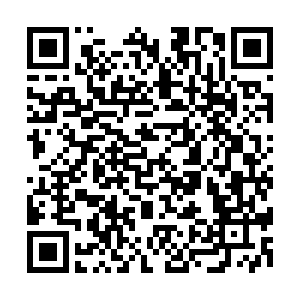 Ethiopian-American author Maaza Mengiste who is one of two African writers shortlisted for the 2020 Booker Prize for Fiction. / Getty Images

Ethiopian-American author Maaza Mengiste who is one of two African writers shortlisted for the 2020 Booker Prize for Fiction. / Getty Images

Two novels by African writers were among six books shortlisted for the 2020 Booker Prize for Fiction.

The shortlist was revealed on Tuesday by the 2020 Chair of Judges Margaret Busby during a virtual press conference.

One of the novels is This Mournable Body by Zimbabwean Tsitsi Dangarembga, a sequel to her 1988 book Nervous Conditions.

The book is about a woman confronting the realities of life and morality in Zimbabwe as she descends into poverty.

"I am overwhelmed. And delighted. And grateful to everybody who has been there for me on this road," Dangarembga said on Twitter in response to her shortlisting.

The other novel is The Shadow King by Ethiopian-American Maaza Mengiste which uncovers the extraordinary tales of the African women who went to war during Italy's 1935 invasion of Ethiopia.

Mengiste is one of five authors in the shortlist who are from the United States or hold joint American citizenship. She is also the first Ethiopian writer to make the Booker Prize shortlist.

"The Shadow King is on #TheBookerPrize Shortlist!!!!!!!!!!!! I don't know what to say. OH MY GOD!" Mengiste tweeted following the announcement.

"The shortlist of six came together unexpectedly, voices and characters resonating with us all even when very different. We are delighted to help disseminate these chronicles of creative humanity to a global audience," Busby said.

In 2019, British-Nigerian writer Bernardine Evaristo became the first black woman to win the prize for her book Girl, Woman, Other.

Africans to have previously won the prize are South Africans Nadine Gordimer and JM Coetzee and Nigerian Ben Okri.

The 2020 Booker Prize for Fiction is open to writers of any nationality, writing in English and published in the UK or Ireland between October 1 2019 and September 30 2020.