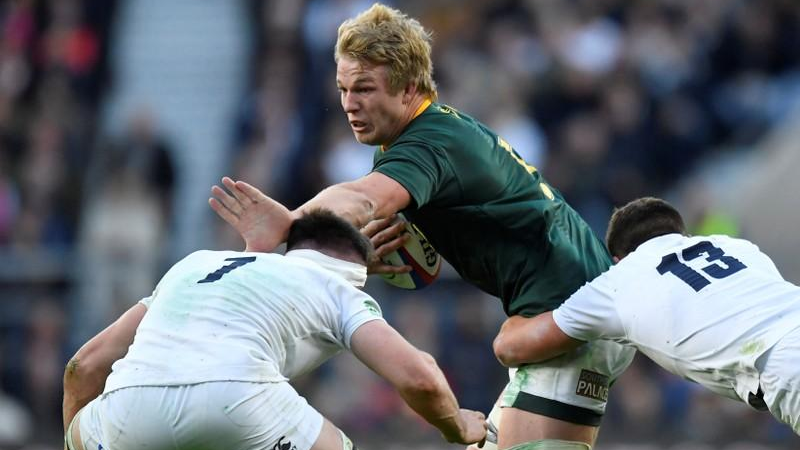 South Africa's local rugby competition will start on the weekend of October 10; the sport's governing body in the country, SA Rugby, confirmed.

The competition, which will take place between October and January, will be a double round local tournament between the seven franchises which were granted permission to resume training by SA Rugby.

The teams will play against each other home and away and every side will enjoy two byes during the competition. No fans will be allowed to attend the matches due to COVID-19 restrictions in place.

The first round, between October 10 and November 21, will see the teams compete for the Vodacom Super Rugby Unlocked title with the winner being the team that finishes with the most points.

The second round, between November 28 and January 9, will see the contest the Currie Cup with all sides carrying over the points accumulated from the first round. The competition will then take on a knockout format with a pair of semifinals on January 16 and a final on January 23 being contested.

SA Rugby CEO Jurie Roux said they were confident that the competition will deliver "top-class local rugby" and unearth the next generation of stars for South African rugby.

"This is a very exciting plan for the next few months, considering all the challenges we've faced this year due to the COVID-19 pandemic and it will be great to see our best local rugby heroes battle it out from October to January," Roux said.

Prior to the start of the local competition, there will be two games, on what has been dubbed "Vodacom Super Fan Saturday" on September 26, which will act as a curtain raiser. The Bulls will face the Sharks while the Lions will face the Stormers at Loftus Versfeld in Pretoria.

Following those matches, there will be a match between Springbok Green and Springbok Gold teams at DHL Newlands in Cape Town on October 3 dubbed the "Castle Lager Springbok Showdown".

This match will pit the best local stars and top, up-and-coming talent against each other, according to SA Rugby. The selection process for the game will take the form of a draft pick from a squad of 60 players.

Director of Rugby Rassie Erasmus said they will be "expecting to see a highly competitive match of quality players against each other."

"This will not only be an opportunity to see the best of the best available talent in South Africa square off against each other in what promises to be something never seen before, but it will also provide the players with another valuable opportunity to shake of the rust and get the legs and lungs going after not playing any rugby in the last six months," Erasmus said.

(With input from South Africa Rugby)