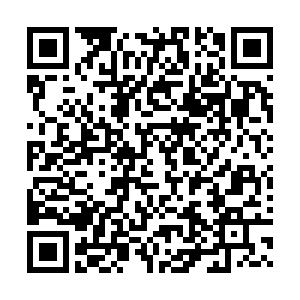 The 28-year-old, who completed his medical on Tuesday, said it was a "dream" to join the London club.

"I'm so excited to be joining Chelsea. It's a dream for me to be a part of this exciting squad and to work with Frank Lampard and all of his coaching staff,” Mendy said.

"I look forward to meeting my team-mates and can't wait to get started.”

Mendy opted to represent Senegal, the country of birth of his mother, despite being born in France and having a father with roots in Guinea-Bissau, and has won seven caps for the Lions of Teranga.

Chelsea director Marina Granovskaia said there was only one player the club wanted to bring in once Petr Cech, Chelsea's technical and performance advisor, and his team identified Edouard as the "most suitable goalkeeper to complement our existing group.”

"Edouard arrives following a season of real success with Rennes, he is ambitious for more, and we welcome him to our club, ”she said.

Cech, a former Blues player, incidentally, also made the move from Rennes to Chelsea in 2004 and went on to become a club legend winning several trophies and establishing himself as one of the world’s best goalkeepers.

Mendy will compete with Kepa Arrizabalaga, the world's most expensive keeper, and Willy Caballero, 38, to be the first-choice goalkeeper at Stamford Bridge.

Kepa, 25, has come under fire following his performances, particularly the recent errors against Brighton and Liverpool, which more than likely prompted manager Frank Lampard to sign Mendy.

Mendy comes in having kept nine clean sheets in 24 Ligue 1 appearances last season with Rennes. That season, though cut short due to the coronavirus pandemic, saw the club qualify for the Champions League for the first time in its history.

The Senegalese also registered better statistics than the Spaniard in terms of save percentage (76.3% compared to 53.5%) and goals conceded (a goal every 114 minutes compared to a goal every 63 minutes).