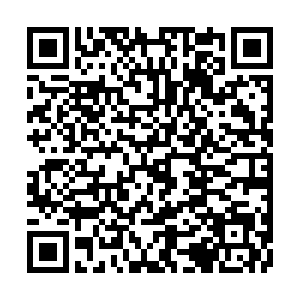 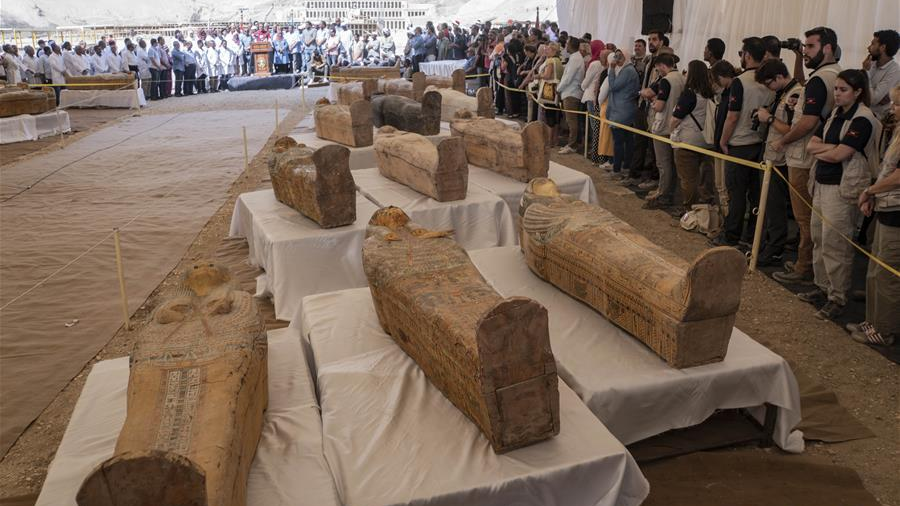 Archeologists in Egypt announced on Saturday that they had discovered at least 59 ancient coffins in a vast necropolis south of the country's capital Cairo, one containing the pristine mummy of an ancient priest.

This is than 2,600 years since they were buried.

The ornate sarcophagi have remained unopened since they were entombed near the famed Step Pyramid of Djoser in Saqqara, according to Egypt's Ministry of Tourism and Antiquities.

Footage shared by the ministry showed colorful sarcophagi decorated with ancient Egyptian hieroglyphics. Other artifacts and at least 28 statues were found in the two deep wells, the ministry said.

A sealed door was also unearthed where it is expected more mummies may lie behind, said Khaled el-Anany the first Minister of Antiquities and Tourism, adding that the artifacts were in an excellent state of preservation and would be displayed in the Grand Egyptian museum next year.

Mostafa Waziri, the general director of Egypt's Supreme Council of Antiquities, told NBC News that the discovery reminded him of the tomb of King Tutankhamun, because both had been discovered almost intact.

The Saqqara plateau is part of the necropolis of Egypt's ancient city of Memphis. Designated a UNESCO World Heritage site in 1970s, it includes the famed Giza Pyramids. It is also home to tombs created across thousands of years between the 1st Dynasty (2920 B.C.-2770 B.C.) and the Coptic period (395-642).

Hundreds of mummified animals, birds and crocodiles, as well as two mummified lion cubs were found in the region last year.

Egypt has heavily promoted new archaeological finds to international media and diplomats in recent years, in an effort to revive its tourism sector, which has suffered since the 2011 Arab Spring uprisings that toppled autocrat Hosni Mubarak.

The sector was dealt a further blow this year by the coronavirus pandemic.

Last week, the ministry displayed a bronze statue of the god "Nefertam," one of the artifacts discovered with the ancient wooden coffins.

Inlaid with precious stones red agate, turquoise and lapis lazuli, it reached a height of 35 cm (14 in) and on its base is inscribed with the name of the owner of the statue, a priest called "Badi Amun."