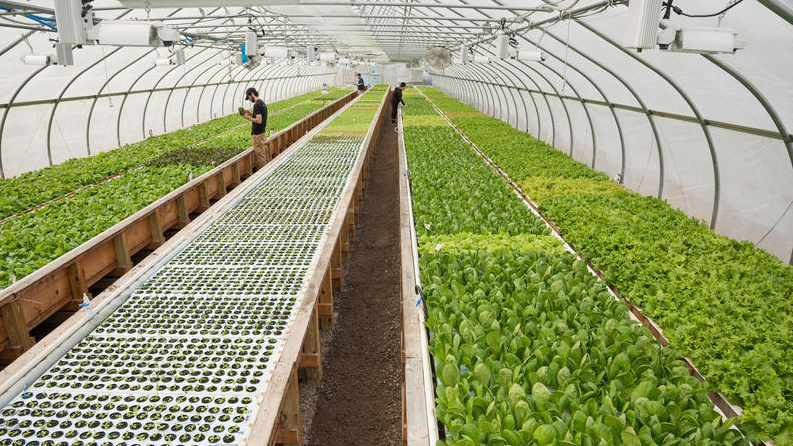 Farming has gained a new appeal to African youth, as a growing number of entrepreneurs turn to agri-business. But unlike generations before them, these agri-preneurs are doing things rather differently. CGTN's Lindy Mtongana met with an aquaponic farmer in Nairobi - who relies on fish  to grow his crops.

Martino Kitio is a successful farmer, but you won't see him tilling the land under the blazing sun. Instead, he starts the day by feeding fish. And Martino is not concerned with fattening-up these tilapia. It's their waste he's after -  an essential element to this aquaponic farm.

"So aquaponics is a farming technique that uses aquaculture and hydroponics to basically grow vegetables. It uses aquaculture in the sense that we raise fish and with the waste of the fish we then pass that underneath the plants in a hydroponic growing method and the plants now filter that water and the water is now returned to the fish," Martino Kitio, aquaponic farmer said.

Kitio is among an emerging group of African agri-preneurs who are introducing new innovations, like aquaponics to the age-old sector of farming.

Kitio's Muteero Farms is situated on a 2-acre plot in Nairobi, Kenya - and focuses primarily on growing lettuce. One of the key advantages of aquaponics is that this type of farming is not reliant on soil.

"We can basically grow vegetables where we don't actually have arable soils, so be it on sand, be it where the soil is, is spoiled by chemical runoff or where there's maybe a rocky environment or where the soil itself is not suitable for growing certain certain crops that will not grow well in that soil."

"So all the water they need, all the nutrients they need, everything they need is injected directly into the roots. Instead of spending their time growing downwards looking for nutrients looking for water - the same energy that they (would) spend looking for the nutrients is what they spend growing upwards. So what that means is that an aquaponic plant would grow almost 50 to 60 percent faster."

Although aquaponics requires significant capital investment -  this type of farming could be crucial to Africa's food security, particularly as the effects of climate change begin to threaten traditional forms of agriculture. And as the global appetite for organic foods increases, Martino is already developing a long list of loyal clients - from online shoppers, to grocery chains and restaurants.

Collette Adoyo, Restaurant Manager, La Cascina submits: "Their products are healthy, fresh and since it is just 1 mile away from us, we get it directly from them.  Within less than 20 minutes its here, and it's directly from the farm to the fork."

From fish tank to table aquaponics is bringing fresh organic food to homes and restaurants across Nairobi. Using less water, land and labour than traditional farming, this may well be the future of sustainable agriculture.