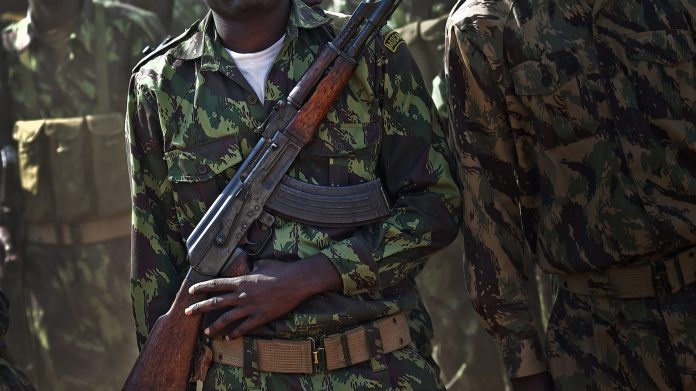 July 30, 2010 – A soldier with the Armed Forces for the Defense of Mozambique (FADM). /Getty Images

July 30, 2010 – A soldier with the Armed Forces for the Defense of Mozambique (FADM). /Getty Images

The European Union (EU) has agreed to assist Mozambique in strengthening the capacity in its fight against a rising Islamist insurgency that has left more than 2,000 dead in a region that is home to Africa's biggest foreign investments.

The EU gave a positive response to Mozambique's request for assistance, Ambassador Antonio Sanchez-Benedito Gaspar said in an October 9 statement.

According to the ambassador, Mozambique made a request in September for help with logistics, training and humanitarian aid.

The Southeast African nation has struggled to contain the worsening violence and has relied on private military companies to assist in the fight against the insurgents.

Companies including Total SE plan to spend as much as $60 billion on liquefied natural gas projects in Cabo Delgado province, where Islamic State-linked militants have captured major towns and caused more than 310,000 people to flee their homes.