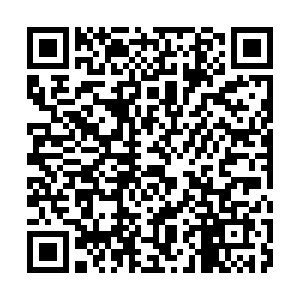 French Prime Minister Jean Castex on Thursday detailed the new health protocols to be implemented against the spread of the coronavirus following an announcement by President Emmanuel Macron on Wednesday.

Among the measures is the curfew which will be between 9 p.m. and 6 a.m. and will last for four weeks. The curfew, which will be implemented in and around Paris and eight metropolitan areas, could be extended until December 1.

Shops and public places will be closed in affected cities after 9 p.m. local time. However, there are exemptions for establishments offering emergency services, like healthcare, or restaurants doing deliveries.

Residents in the affected areas will be able to go outside after 9 p.m. for work or pre-booked journeys if they provide the necessary authorization documents. The forms will be available online or can be downloaded on mobile apps.

All private parties and gatherings that involve the use of public spaces, including weddings and engagement parties, were also banned.

Castex said a "strong and quick" response was required to ease the burden on hospitals which could no longer put off non-COVID interventions as they did during the lockdown.

"The only real possible strategy is therefore to curb the epidemic by strictly respecting prevention gestures and reducing contacts and social interactions," he said.

Interior Minister Gerald Darmanin, who was also present, said that more than 10,000 law enforcement officers will be deployed to ensure the curfew is adhered to in the affected areas.

Darmanin added that violators of the rules faced a fine of 135 euros (nearly $160). That fine could rise to as much as 3,750 euros in addition to a six-month prison term for individuals found to have broken the rules thrice.

Darmanin said that residents in the affected cities will be allowed to go outdoors to visit a loved one in a dependent situation or walk their pets if they have the required permission.

On Thursday, French police searched the homes of former prime minister Edouard Philippe, current and former health ministers, and other top officials in an investigation into the government response to the global pandemic.

The health ministry confirmed the dawn searches, which also included the offices of current health minister Olivier Veran. They came a day after French President Emmanuel Macron announced curfews in the Paris region, and eight other French metropolitan areas to deal with the new rise in infections.

Meanwhile, COVID-19 patients, doctors, prison personnel, police officers and others in France filed an unprecedented 90 legal complaints in recent months, notably over shortages of masks and other equipment.

On Wednesday, the French government announced a re-imposition of a state of health emergency giving officials more powers to impose new measures to contain the spread of COVID-19.

France and a host of other European countries are experiencing a second wave of coronavirus infections. It is one of four countries that have been identified as current coronavirus hot spots on the continent. The others are the UK, Russia and Spain.