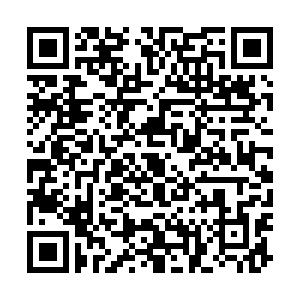 UK's chief Brexit negotiator David Frost on Thursday said he was "surprised" and "disappointed" by the European Union's position during negotiations in Brussels.

"Surprised EU is no longer committed to working 'intensively' to reach a future partnership," Frost tweeted, adding "Also surprised by suggestion that to get an agreement all future moves must come from UK. It's an unusual approach to conducting a negotiation."

Frost added that Prime Minister Boris Johnson will respond on Friday with U.K.'s reactions and approach.

The UK, which believes it has gone as far as it can, has been pushing the EU to thrash out an agreement within the next two weeks and contends that it is up to the latter to make concessions. However, EU leaders argue that the responsibility remains with Johnson, who has threatened to walk away from negotiations unless he gets clarity during this week's summit that an agreement can be reached.

Earlier, the EU ramped up pressure on Johnson after its leaders reiterated calls for Britain to "make the necessary moves to make an agreement possible."

EU chief negotiator Michel Barnier told reporters that there were "prospects" of a deal but he could not say that "we'll necessarily get a deal."

Barnier added that he believed that negotiations will continue in London next week and in Brussels the week after. 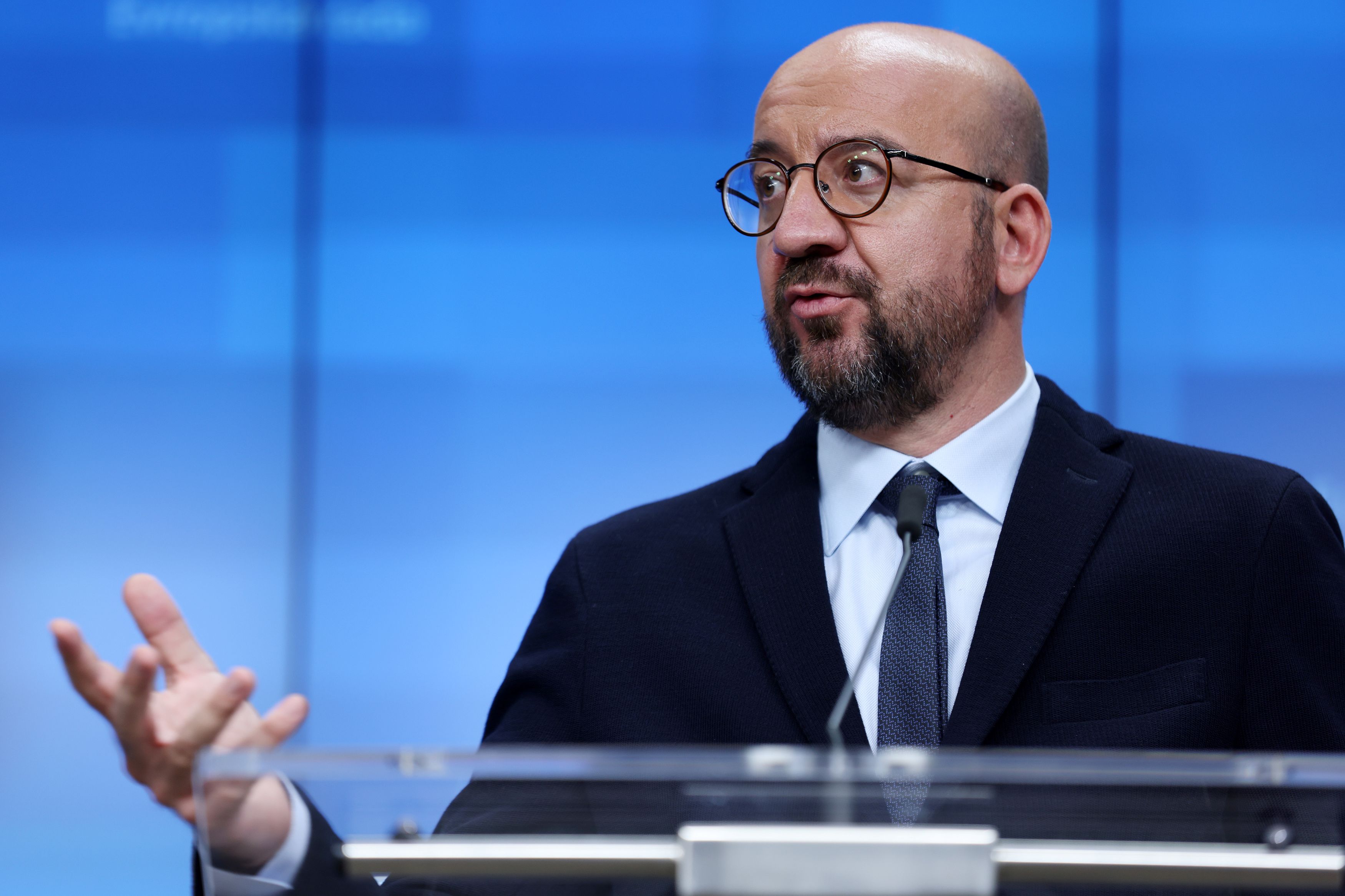 "We shall remain available until the last possible day…the negotiations aren't over."

Those comments, however, stop short of what the UK is demanding.

With negotiating teams ready to continue seeking a deal, which could still come into effect when a Brexit divorce transition period ends on January 1, all eyes are turned to London where Johnson is bound to announce his next move on Friday.

German Chancellor Angela Merkel, the veteran diplomat, immediately sought to soothe tempers, saying "we asked Britain to be willing to compromise. This of course means that we too have to make compromises." 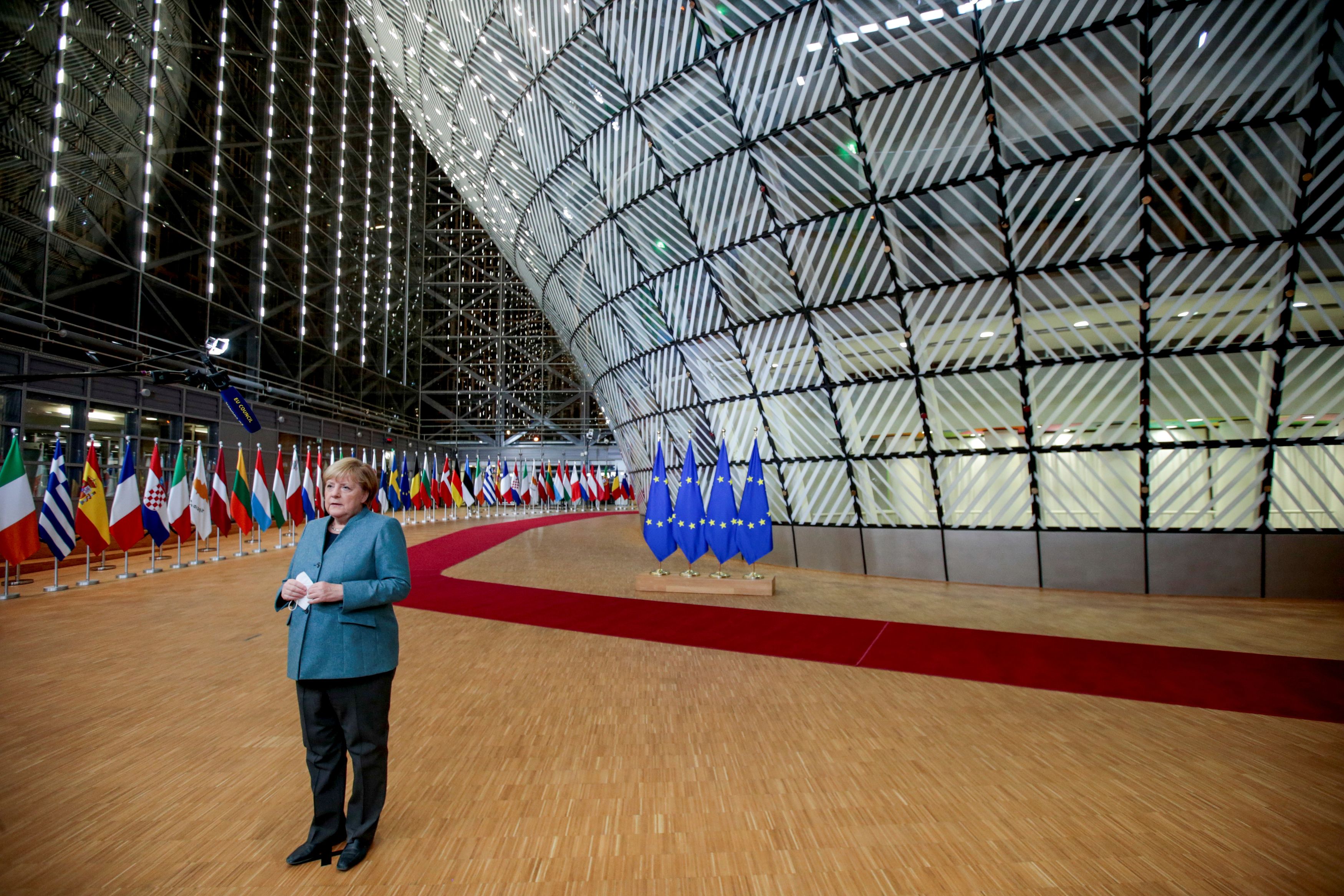 German Chancellor Angela Merkel is seen at the end of first day during a two-day face-to-face EU summit in Brussels, Belgium, October 15, 2020. /Reuters

German Chancellor Angela Merkel is seen at the end of first day during a two-day face-to-face EU summit in Brussels, Belgium, October 15, 2020. /Reuters

Instead of unfettered trade among EU member, a no-deal would leave both sides facing tariffs, custom duties and major regulatory burdens at a time when the pandemic has already created the worst economic crisis in decades.

Knowing the chances of a deal are slimmer by the day, the EU leaders also urged all in the bloc to "step up their work on preparedness and readiness at all levels and for all outcomes, including that of no agreement."