New Yorkers queue in early voting with an eye to normalcy, healing
CGTN 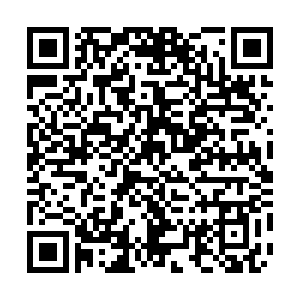 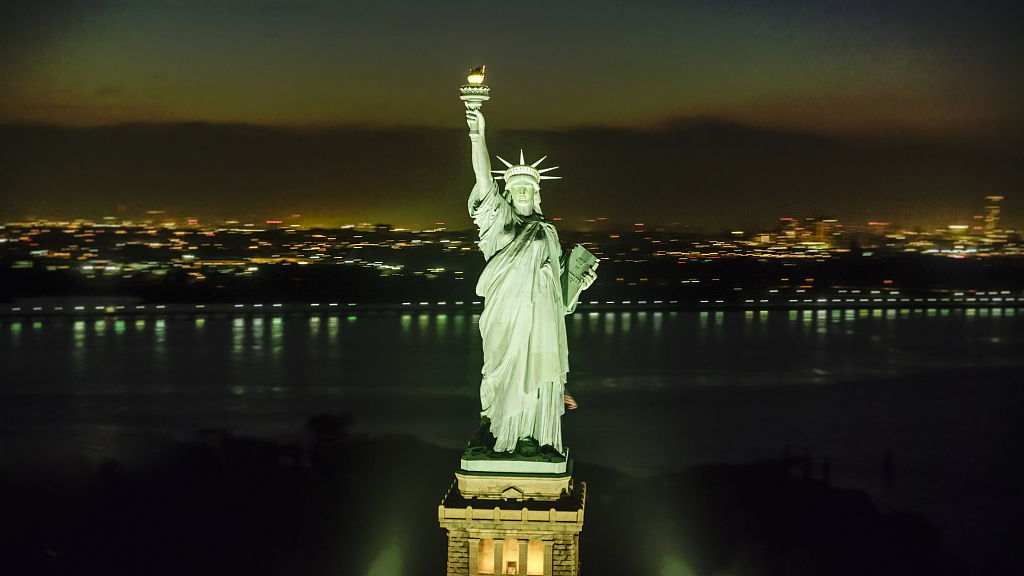 Early Saturday morning, impassioned but mask-wearing New Yorkers started to move on towards polling stations, waiting for their turns in long queues to vote as the New York State kicked off its first ever in-person early voting amid the COVID-19 pandemic for the presidential elections.

Obviously, a higher voter turnout and limited number of polling stations resulted in the impressive queues of voters, according to local reports.

Besides, the New York voters will also choose who will represent the state to take 27 Congressional seats in the House as there is no election for senators and governor this year here.

Voters at Madison Square Garden and Lincoln Center in New York City have formed long lines at poll stations before the start of voting at 10 a.m. local time (1500 GMT), with some people bringing foldable chairs and books.

Mitchell Talisman, a computer software engineer from New York City, said he was "so fortunate" to be the first one to cast the ballot at the early voting poll site located in David Rubenstein Atrium at Lincoln Center, where the first voters arrived as early as 7 a.m. (1200 GMT).

The 63-year-old frequent voter said the idea of early voting is "very smart," which will make more people willing to vote and help avoid crowds on the election day.

"The less time you spend in crowds, the better these days" due to the COVID situation, said Talisman, adding he was in line at six in the morning to vote in person during the 2016 presidential elections, which took about three or four hours for him to finish the process.

"It's important for everybody to show their support for America and our god-given right to vote and to let our voices be heard," said Franc Lowe, a frontline physician in combating the pandemic.

"I want to make sure my voice and vote counts," said a man, called Alan, who was reading a book while waiting for his turn to vote.

Alan voiced his concern over the suppression of voters and court rulings on final election results.

"I don't understand how people at this particular stage or a little over a week away (from the general elections) could possibly be undecided. I cannot fathom what the conflict is. I really don't understand it," he said.

Alan said early voting is becoming more widespread due to the pandemic.

A 60-year-old professor from Hunter College, who preferred to be called Jenny, said that she has been a voter in the elections since the 1960s and it is important to vote as "it's our chance to have our voice heard."

A 25-year-old man working in the financial sector, who preferred to be called Eli, said this will be his first time to vote in the general elections.

"Last time I didn't vote, but I regretted it," he added.

"I've definitely seen that there seems to be a lot more enthusiasm across the board on social media, from what I've heard and spoken to ... A lot more people seem to be interested in voting," Eli said.

VOICE NEEDS TO BE HEARD

"If we want a fair society, we have to participate in it in every way. And voting is one of the most important ways to do so," Pamela Carlton told Xinhua.

"Leadership really does matter," as it is important to start at the top to "help bring our country together," said the 66-year-old consultant, who arrived at the polling site at 9:30 a.m. (1430 GMT) to queue up.

To heal the nation and the economy that have been ravaged by COVID-19, voters care most about issues like environmental protection, racial justice and immigration policy, said Carlton.

Deeming it critical to handle the pandemic in an appropriate way, she said that it is painful to see so many people especially frontline workers, industries and businesses in the United States have been negatively impacted by the calamity.

"Supporting a healthy economy and a clean environment are the most important things," said Talisman, adding "addressing the coronavirus is of course a priority."

"Handling the coronavirus, that's a big one," said Eli, while elaborating on his top concerns during this year's elections.

Eli also voiced hope that the next administration will "be able to, in some way, spark some economic policies that are less short-sighted, more focused on the future," and focus on the environment as well and "make sure we handle the climate change."

"I'm very concerned for the immigrant communities in our country. I am also interested in education and to see that education is free, open and welcoming to all," said a teacher and descendant of immigrants, who preferred to be called Grace.

"I also teach in a school that is all immigrant students. So I'm very aware of the issues for them and their families," she added.

"Bring back the normalcy of being civil," said Josue, adding "you don't have to separate children from their parents. This is a crime to humanity."

With truth, true democracy and religious freedom as his top concerns, Alan said things need to change across the board on both sides and people should not take all their news and information from a single source and live in a bubble.

Alan stressed the need to communicate with people that might have different opinions by walking a mile in their shoes.