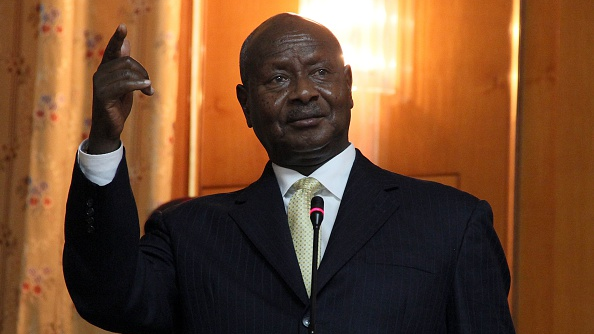 Uganda's electoral body on Tuesday concluded the two-day presidential nomination exercise with a total of 11 candidates cleared to run in the 2021 general elections.

In a televised address, Justice Simon Byabakama, chairperson of the Electoral Commission, said five aspirants were nominated on political party tickets and six as independents.

"The commission would like to congratulate the political parties which have sponsored candidates as well as independent candidates who have successfully been nominated," said Byabakama.

"The commission urges the candidates, their agents and supporters to conduct themselves in accordance with the guidelines issued for the campaign," he said.

Byabakama urged candidates to promote safe participation in the electoral process by abiding to the COVID-19 prevention measures.

"We should be reminded that these elections are being conducted in the COVID-19 environment and therefore its paramount that we jointly work together to ensure the lives of the people of this country are safe guarded and secured from the spread of this virus," said Byabakama.

He said the commission will this week make official pronouncement on the period for conducting the presidential campaigns as well as the polling date for the next year's polls.

"Following the closure of the nomination, the commission invites all the nominated candidates to attend the first meeting for harmonization of candidates campaign meetings, which will be held on November 5 at the Electoral Commission head office," Byabakama said.