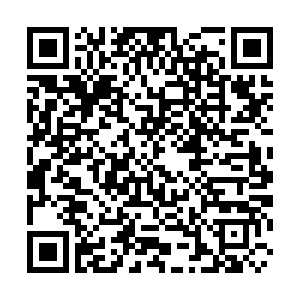 Kenya's tea buyers and packers said Thursday the use of the Chinese-built Standard Gauge Railway (SGR) which runs from Nairobi to the coastal city of Mombasa has boosted direct tea sales.

The Kenya Tea Development Agency (KTDA) said the tea buyers and packers using the direct sales channel have embraced the usage of the SGR which has enhanced logistical efficiency and savings.

"Over and above being a more efficient method of transporting tea by cutting down on delays occasioned by road transport and warehousing, it has added advantages in that tea factories do not incur auction expenses such as warehouse storage and brokerage costs," Njagi said in a statement issued in Nairobi.

He said nine tea factories managed by the KTDA have transported tea for export worth more than 600 million shillings (about 5.45 million U.S. dollars) using the SGR since May 2019, underpinning the continued commitment by KTDA and its factories to leverage on the government’s continued investment on infrastructure development.

The factories have used the SGR to transport over two million kilograms of tea to the market in a process known as ex-factory containerization.

"It presents an opportunity for factories to leverage the SGR framework to reduce costs, while getting payments processed faster for their sales," said Njagi.

"For the customers, this process ensures the quality of product is maintained due to the shorter time it takes to reach them and also guarantees product safety due to lower multi handling of the tea," he added.

Unlike the process where tea is taken to the auction in Mombasa, through direct sales, tea is processed, stuffed into containers for export at source (factory) and transported to the port of Mombasa without going to the warehouse, in a process referred to as "ex-factory containerization."

From the factories, the containers are ferried by road to the Nairobi Inland Container Depot (ICD) in Nairobi where they are railed to the port using the SGR for export.

This process, Njagi said, has led to enhanced efficiency in the transportation of made tea to the market, with factories receiving payments much earlier, compared to the mode where tea is transported by road to Mombasa and sold normally after storage.