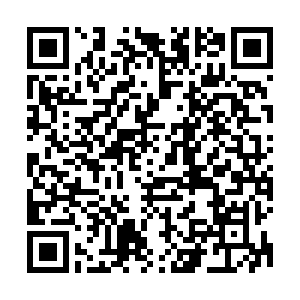 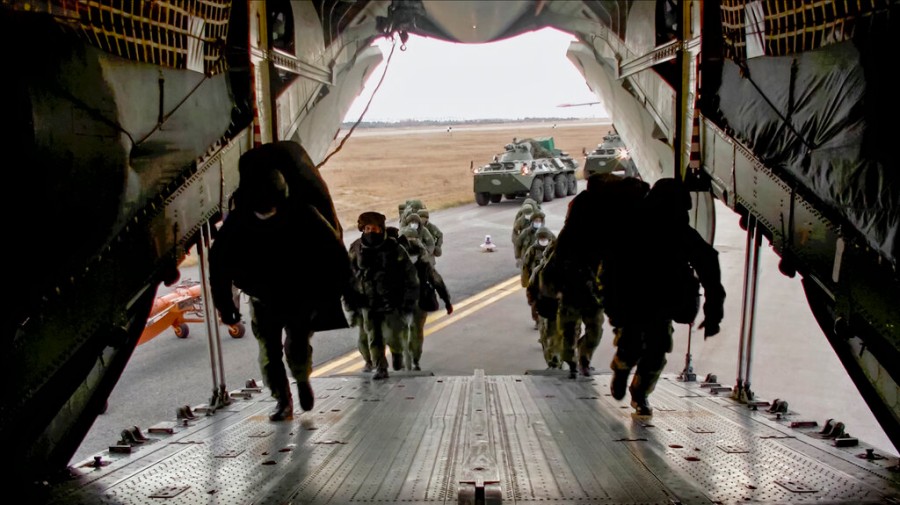 Russian peacekeepers board a military plane at an undisclosed location in Russia, November 10, 2020. /AP

Russian peacekeepers board a military plane at an undisclosed location in Russia, November 10, 2020. /AP

Russia deployed 2,000 troops in the disputed Nagorno-Karabakh region on Tuesday after helping to broker a second ceasefire agreement between Armenia and Azerbaijan. The latest agreement of detente was scheduled to begin from November 10.

The truce came after significant advances by Azerbaijani forces that the Armenian-backed leader of Nagorno-Karabakh said made it impossible for his side to carry on. It was celebrated in Azerbaijan, but left Armenians bitter, with many storming government buildings overnight, demanding Parliament invalidate the agreement.

The two countries have been locked in a conflict over Nagorno-Karabakh for decades, and there were concerns the hostilities could escalate and draw in Turkey, which threw its weight behind Azerbaijan, and Russia, which has a security pact with Armenia.

The agreement follows a U.S.-mediated truce in October which was broken soon after it came into effect. It ends military action and restores relative calm to the breakaway territory, internationally recognized as part of Azerbaijan but populated and, until recently, fully controlled by ethnic Armenians. 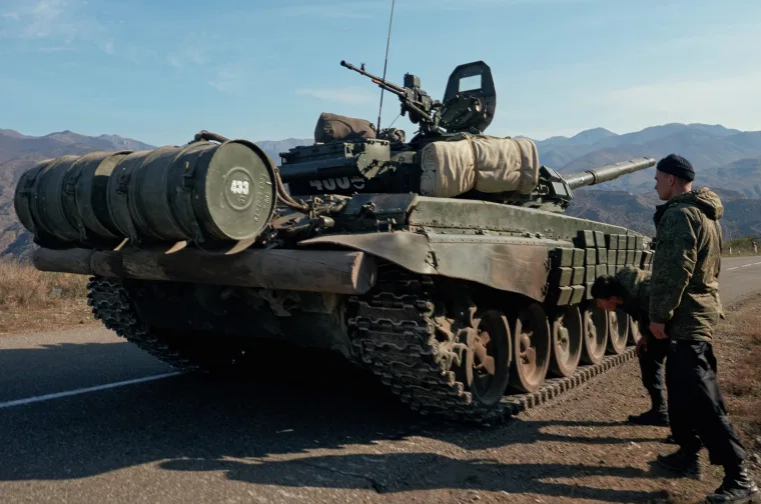 Russian peacekeepers were deployed to Nagorno-Karabakh on November 10, 2020. /AP

Russian peacekeepers were deployed to Nagorno-Karabakh on November 10, 2020. /AP

Azerbaijan will keep territory it captured, including the mountain enclave's second biggest city Shusha, which Armenians call Shushi. Ethnic Armenian forces must give up control of a slew of other areas by December 1.

Russian President Vladimir Putin said the deal, announced overnight and also signed by Moscow, should pave the way for a lasting political settlement to fighting that killed thousands, displaced many more and threatened to spark a wider war.

Armenian Prime Minister Nikol Pashinyan denied Armenia had suffered a defeat but acknowledged a "disaster" for which he took personal responsibility.

Unrest broke out in Yerevan, Armenia's capital, where crowds stormed and ransacked government buildings overnight, labeling the deal a betrayal. Some protesters urged Pashinyan to quit, a demand later echoed by 17 political parties, while a petition was started demanding the agreement be annulled. 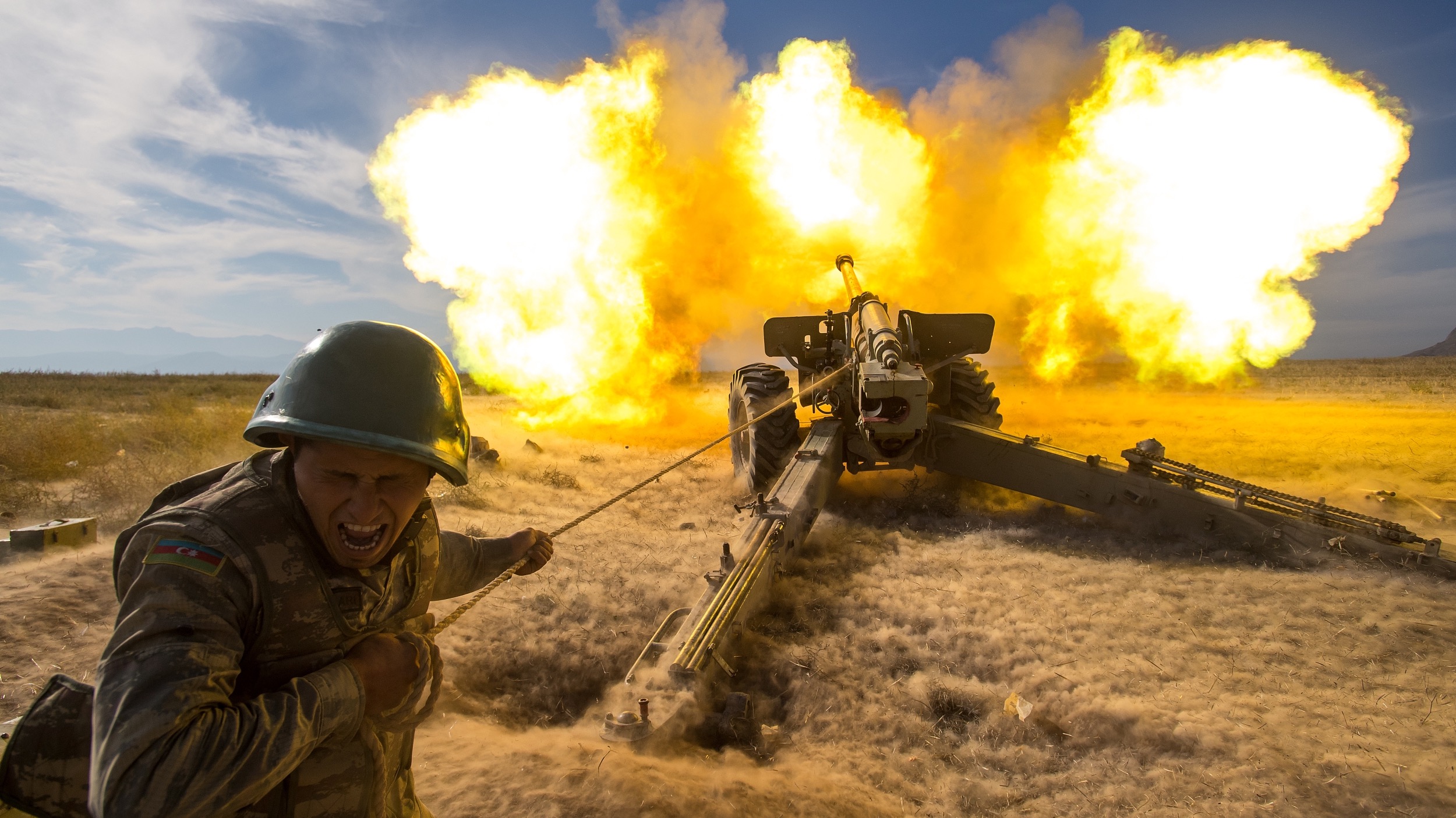 Three previous ceasefires had failed and Nagorno-Karabakh leader Arayik Harutyunyan said there had been no option but to conclude a peace deal because of the risk of losing the whole enclave to Azerbaijan.

Pashinyan said he had concluded the peace deal under pressure from his own army.

"I personally bear responsibility for this," he later said on Facebook. "This is a big failure and disaster and mourning for lost lives."

For Russia, which has a defense pact with Armenia and a military base there, the deal is a sign it is still the main arbiter in the energy-producing South Caucasus, which it sees as its own backyard.

Under the ceasefire deal, Azerbaijan will gain a road link to an Azeri exclave on the Iranian-Turkish border, giving Turkey a land bridge to Azerbaijan.

Putin said displaced people would be able to return to Nagorno-Karabakh and prisoners of war and bodies of those killed would be exchanged. All economic and transport links in the area would be reopened.

Russian peacekeepers will remain for at least five years, expanding Moscow's military footprint in the region. Putin said they would be deployed along the frontline in Nagorno-Karabakh and in a corridor between the region and Armenia.

Almost 2,000 servicemen, 90 armored personnel carriers, and 380 vehicles and pieces of other hardware were being deployed, the Russian defense ministry said.

Russian media said 20 military planes had taken off for the region and had started arriving in Armenia en route to Nagorno-Karabakh.

Kremlin spokesman Dmitry Peskov said there had been no agreement on deploying any Turkish peacekeepers in Nagorno-Karabakh, but the Turkish military would help staff a joint monitoring center with Russian forces.

(With inputs from agencies)