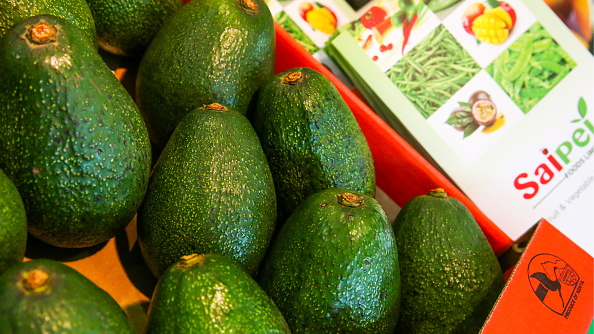 Kenya's exports of avocados hit about 68,000 tons between January and October, generating 14 billion shillings (about 128 million U.S. dollars) for the country, the industry said on Wednesday.

"In 2020, up to the end of October, we have exported 68,000 tons. The key driver of increasing exports of avocado is the expansion of area under cultivation with farmers outside traditional growing zones embracing the fruit," Machuki said.

Machuki added that avocado is a key foreign exchange earner as it accounts for about one-fifth of the total horticultural exports.

He noted that the east African nation has a huge potential for avocado production from both small and large scale farmers.

He said that 70 percent of the fruit is grown by smallholder farmers who have between 5-20 trees per homestead, 20 percent by medium-scale farmers and the rest is cultivated in commercial plantations.

According to Machuki, Kenya is one of the world's largest producers of avocados.

"Our avocados are grown naturally in the most ideal conditions in the world right on the equator. Thus they require very little crop protection, making them mostly organically grown and produced," Machuki said.

According to the industry lobby, the main season for avocados is between February and October.