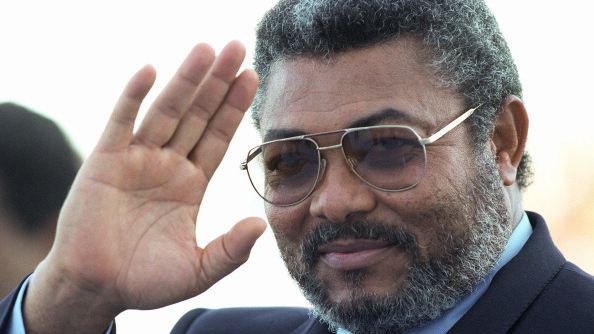 Former Ghana President Jerry Rawlings has passed on aged 73. According to various reports, the former West African leader died at the Korle Bu Teaching Hospital (KBTH) in Accra, Ghana, where he spent more than one week after being admitted.

Rawlings overthrew then-ruler General Frederick Akuffo in 1979 when he was an army lieutenant. He handed over power to civilian rule soon after but then led another coup two years later, decrying the government's corruption and weak leadership.

From 1981 to 1993, Rawlings ruled as chairman of a joint military-civilian government. In 1992 he was elected president under a new constitution, taking up that office the following year and serving two terms before handing over power to John Kufour who succeeded him in 2001.

After stepping down, Rawlings remained a power broker in Ghanian politics while serving in various international diplomatic posts, including as the African Union's representative in Somalia.

Tributes immediately started pouring in on social media for the former president.

Ghanaian President Nana Akuffo Addo has declared a seven mourning period with flags to fly half mast starting Friday 13,2020. The president said that, his country has lost a great tree and that Ghana is now poorer without the tree.

He added that plans are underway to give the former president a befitting send-off.

(With input from Ghana Presidency)