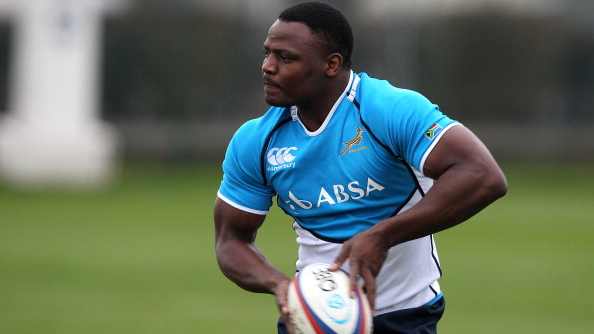 Ralepelle, popularly known as Chiliboy, tested positive for Zeranol, an anabolic agent, during an out-of-competition test in January 2019 and was handed the ban by the Independent Doping Tribunal Panel.

The South African Institute for Drug-Free Sport (SAIDS) on Thursday confirmed the original decision had been upheld.

"The athlete lodged an appeal against the ban and also the drug testing process that he was subjected to. An Independent Appeal Panel heard the grounds for appeal. The Appeal Panel found that the panel that heard the hearing, in the first instance, had not erred in their application of the sanction's framework in the World Anti-Doping Code,"

"The Appeal Panel therefore upheld the original sanction of eight years. Mr Ralepelle's ban from sport is backdated to the 17th January 2019 for eight years. If the athlete does not accept the decision, he may seek relief at the Court of Arbitration for Sport (CAS) in Switzerland."

Ralepelle has 21 days to appeal against the decision at the Court of Arbitration for Sport.

The 34-year-old, a repeat offender, had previously tested positive on another occasion while playing overseas.

Following the initial decision, Ralepelle hinted in July that he was looking beyond rugby and possibly concentrating on his studies in what appeared to be preparation for the possibility that his appeal may fail.

Ralepelle made his Test debut for South Africa in 2006 against New Zealand in Pretoria while his final appearance was in a 25-10 defeat to England in Cape Town in June 2018.