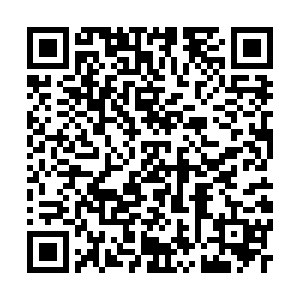 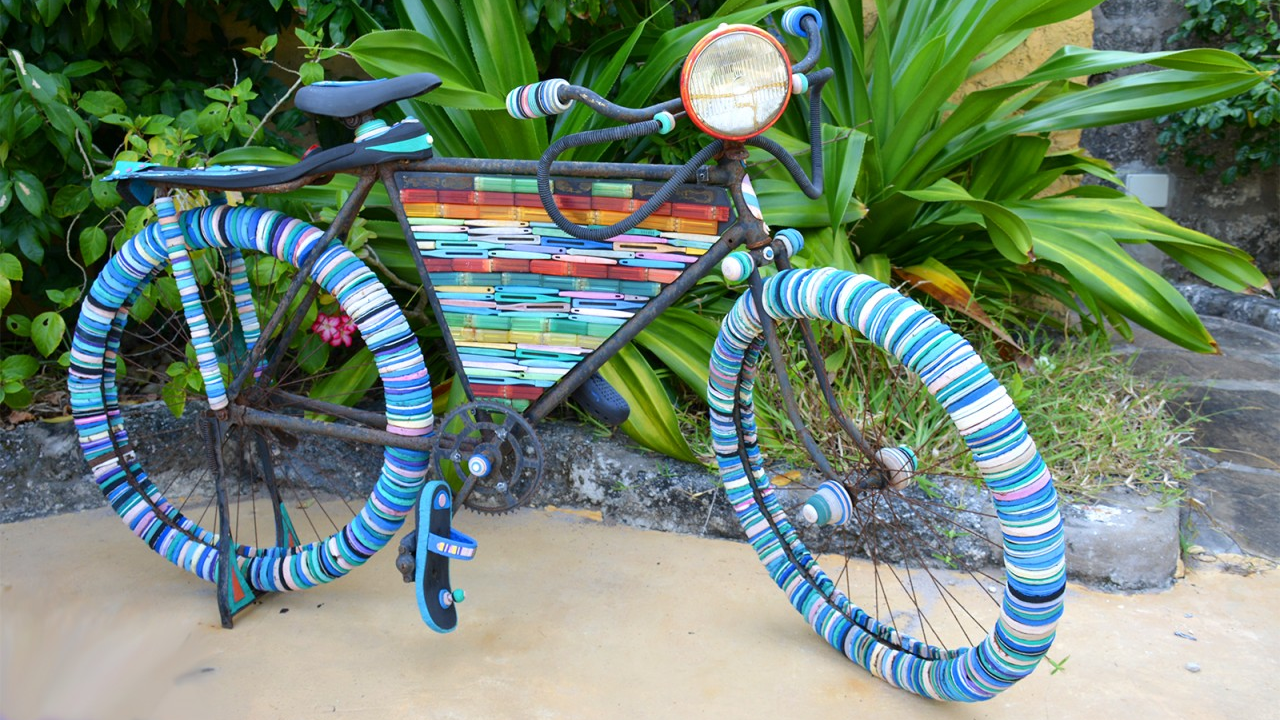 A bicycle made out of flip-flops collected from the Indian Ocean.

A bicycle made out of flip-flops collected from the Indian Ocean.

Tucked on the seafront in the Kenyan coastal town of Watamu is a workshop where a relationship has been weaved between art and environmental conservation.

Since ancient times, humanity has used art for decoration and to stimulate the mind.

Andrew McNaughton is an Anglo-Kenyan artist, who worked in Nairobi as an interior design consultant for 35 years.

In 2005, he relocated to the coast and established a one-of-a-kind workshop that turns washed-up debris into beautiful pieces of artwork. McNaughton's art stimulates one's mind and takes one to a whole new world of creative imagination in connection to the sea and clean sea campaign.

"So, I got my arts from my mother and my mechanical sympathy from my father. And so that equipped me to be an innovative interior designer practicing in Nairobi for commercial interiors, but not for domestic. I did a couple of domestic jobs because I had to. But for 35 years I've been practicing as a consultant living in Lovington," McNaughton says.

The 70-year old McNaughton says the stress involved in being a consultant eventually led him to quit the profession,  relocate to Watamu, and refocus his life and love of art on sea conservation.

"In my adopted home, because I inherited the property from my uncle in 1988. And I started living here full time about 15 years ago, I developed an unfortunate relationship with my profession. And I had to bail out, I became too involved in detail and I wasn't able to do it anymore. So, I had to stop. And I was very fortunate to have this as a place to come to, to convalesce, because I actually became quite unwell. And it was very, very restoring. I spent a lot of my time on a kayak and mid-creek so in nature. And that was what I needed to get my head back on the creative tracks. So, I got back onto the creative track quite by chance."

Art is without a doubt a vehicle for rediscovering love in all forms.

For years, there has been a clarion call by clean sea campaigners against the devastating effects of plastic debris on the marine environment.

A huge number of marine species are harmed even destroyed by sea waste, which jeopardizes their survival, especially since many are already endangered by other forms of anthropogenic activities.

Marine animals are primarily affected through entanglement in and ingestion of plastic litter.

McNaughton testifies to these unsettling truths because for years, as he made a journey on the coastal beaches, he witnessed a huge amount of debris being washed ashore.

"I used to walk on the beach maybe three, four, or five times a day. It is unfortunate I don't do it now. It’s a shame. But anyway. And every time I walked on the beach, I became aware of different things that have got washed up in the seaweed on the beach in the flotsam and jetsam all kinds of stuff started to make itself known to me. And there was one particular object that made itself known to me in no uncertain terms and had a very loud voice. And it was a flip flop."

This is where he realized that he needed to do something about this phenomenon.

"And then I picked up more and more flip flops and they became fish. And I realized quite quickly that being figurative, with my art was not very deep. I needed to go deeper into my creative soul so that I was doing things that weren't kitsch. Kitsch is a word that explains things that are basically bordering on realism, commercial realism. And so, I soon discovered that if I was going to use the debris on the beach, that I need to make a decision that I was going to be geometric and not representative."

McNaughton has not only helped to clean the sea but also has come up with a project that has seen youth in Watamu get busy and discover their creative and artistic talents under his guidance.

Materials such as flip-flops, lighters, and toothbrushes, which pollute the sea and the beaches have been redesigned into sculptures, installations, paintings, furnishings, and other attractive objects.

A stroll through McNaughton's house is like taking a tour of an environmental museum where environmental awareness is a fact, but his sublimation in works of art is an incredible surprise.

He picked up everything in the sea including logs, and plastics: "And as time went on, I realized I became very discerning with regard to what I would pick up because softwoods don't have a very interesting interior. But hardwoods do and so I was picking up lots and lots of very interesting flotsam and jetsam and mostly driftwood."

He however says that plastics are not the best materials to use in this kind of project. He prefers handing over plastics that are picked to other nearby recycling plants dealing with plastics.

"I realized actually that the plastics were not very easy to use, they don't have a very good life, they decompose in the ultraviolet. And so plastic is not a very good material to use when you're creating a mosaic say, because it deteriorates. There are three things on this page that didn't deteriorate and they attracted my attention. And so, my medium has been flip-flops, toothbrushes, and lighters. Those three things are my main medium," he submits.

He finishes by saying that his work is more of assemblages than mosaic. There is a wavy line between an assemblage and a mosaic though.

McNaughton has indeed utilized these materials as multiples to create illustrative content which has in the long run help to clean the sea and provide job opportunities for some.