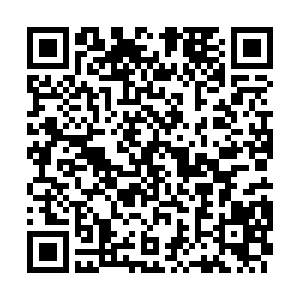 Photo of a person holding a Covid-19 vaccine vial and a syringe. /Getty Images

Photo of a person holding a Covid-19 vaccine vial and a syringe. /Getty Images

India is banking on five locally-tested vaccines to help it tackle the coronavirus pandemic because those developed by Pfizer and Moderna may not be accessible to it in big quantities in the near future, according to Reuters.

One of the five vaccine candidates is Russia's Sputnik-V. The "Phase-II going to Phase-III" trials of the vaccine in India are due to begin next week, according to Vinod Paul, the head of a committee advising Prime Minister Narendra Modi.

Paul told journalists on Tuesday that AstraZeneca vaccine's last-stage trials in India had gone well and were nearly completed.

"We are very hopeful that we will be successful with the five vaccines," Paul said.

"They are easy platforms; availability of doses is very high. They will be able to control our pandemic in terms of the numbers of doses required."

The other vaccine candidates under consideration are the one being developed by AstraZeneca and Oxford University; Bharat Biotech and the Indian government's COVAXIN; Zydus Cadila's ZyCoV-D and lastly one being developed by Biological E. Ltd alongside Baylor College of Medicine and Dynavax Technologies Corp.

India is also monitoring the progress of the Pfizer and Moderna vaccines, both of which have said interim results of last-stage trials of their candidates indicated that they were more than 90 percent effective.

One difference between Pfizer's vaccine and Moderna's is the former must be kept at minus 70 degrees Celsius or below while Moderna's can be kept at normal fridge temperatures. This makes Moderna's vaccine more suited for poorer countries, like India, where cold chains are limited.

"This obviously will be a very big hindrance to scale up the vaccine," Paul said in reference to Pfizer's vaccine. He added that if India found itself needing to do so it will pursue this option.

"If we are required to form our strategy on this particular vaccine, then we will proceed with it. Though, even if we get it, we will get it in a few months only. But talks are ongoing."

India has so far reported 8.87 million infections and 130,519 deaths as a result of the pandemic.