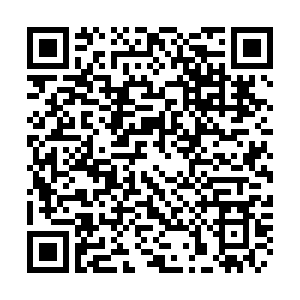 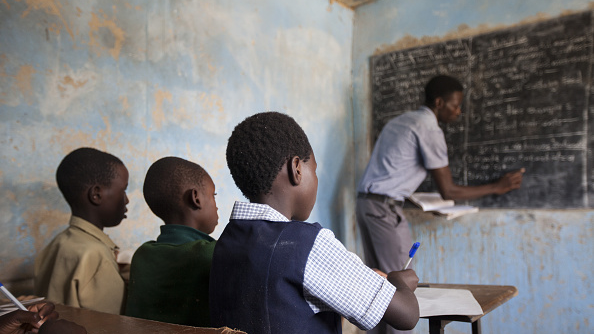 FILE PHOTO: A teacher and students are seen during a lesson at a classroom a school in Harare, Zimbabwe. /Getty Images

FILE PHOTO: A teacher and students are seen during a lesson at a classroom a school in Harare, Zimbabwe. /Getty Images

The Zimbabwean government finally sealed a pay deal with its restive employees after the workers on Monday agreed to a 41 percent salary hike.

The government also offered teachers an additional 10 percent risk allowance and the pay deal is expected to pave the way for the newly reopened schools to be fully staffed soon, with all teachers expected to be back in their classrooms this week.

Government last reviewed workers' salaries in June this year when it offered them a 50 percent salary increase and a non-taxable COVID-19 allowance of 75 U.S. dollars per month to be paid until December this year.

Of the civil servants, teachers and nurses have been the most vocal in demanding a salary hike, and the majority of teachers have not been reporting for duty since schools reopened in September after a six-month break due to the COVID-19 pandemic.

According to the Herald, most teachers will now be returning to duty after the Zimbabwe Teachers Association (ZIMTA), the largest and most influential teachers union, on Monday advised all its members to return to work while the association continues to press for improvements in conditions of service.

She said the government had increased the basic salary only, but they finally settled for increments which include allowances

"We have agreed to a cost of living adjustment to be paid as follows: an average salary increase of 41 percent of the total package that is the basic salary, transport and housing allowances plus special civil service allowance. It is going to be effective from November 1, 2020," she said.

Alexander said the bonus for 2020, which is paid over November and December, is going to be based on the basic salary plus transport and housing allowances.

"We have settled for the offer because we are now getting at the end of the year and the government is also going to be paying us bonuses for two months. What it means is that if we had refused the offer, civil servants were going to lose bonuses or get paid using calculations of the previous salary structure," she said.

She added that while the civil servants' proposal to be paid according to the value of U.S. dollar salaries in October 2018 was not met, they settled for the increase in good faith hoping that next year would bring better fortunes.

Public Service Commission secretary Jonathan Wutawunashe said in a statement on Tuesday morning that the government and its workers will continue to engage in order to continuously improve conditions of service in tandem with improvements in the economy and in revue performance.

"The government reiterates its commitment to continuous and fruitful dialogue with its workers in order to improve conditions of service for its valued workforce," Wutawunashe said.

Finance and Economic Development Minister Professor Mthuli Ncube has stressed that while he wants to see civil servants properly rewarded, he needs to maintain the fiscal discipline that has created the basis for the new stability and the launchpad for sustained and viable economic growth.