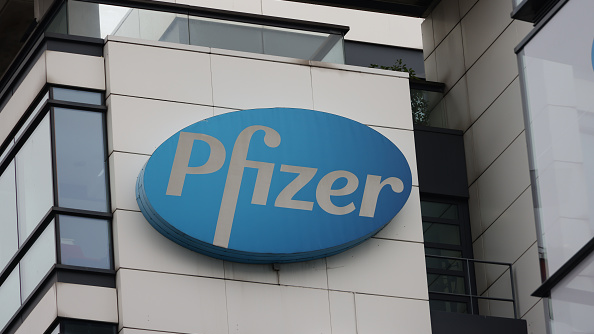 A close-up of the Pfizer logo at the French Headquarters in Paris, France. /Getty Images

A close-up of the Pfizer logo at the French Headquarters in Paris, France. /Getty Images

U.S. pharmaceutical company Pfizer Inc and its German partner BioNTech said its candidate vaccine for the coronavirus will be submitted for regulatory approval "within days", U.S. media reported on Wednesday.

The companies said their Phase 3 trial was now complete and that it revealed the vaccine was 95 percent effective at preventing symptomatic Covid-19.

The new figure is an increase from the early analysis which showed the drug was more than 90 percent effective at preventing infection and no safety concerns had been raised.

The trial involved 41,000 people worldwide. Half were given the vaccine, and the other half was given a placebo. The vaccine worked well in younger people as well as older adults, who are most at risk from the virus and have weaker immune systems.

Separately, the trial also found the vaccine is 94 percent effective among people over the age of 65.

The companies are expected to share their data with regulators in Europe and other regions.

However, Pfizer earlier on Tuesday said 3.8 percent of participants experienced fatigue after receiving a second dose of its candidate vaccine for the coronavirus.

According to Pfizer, the updated analysis of the safety profile of the vaccine was based on 8,000 trial participants. The company said in its previous analysis that 3.7 percent of 6,000 volunteers had experienced fatigue.

The U.S. pharmaceutical company further stated that there was an additional adverse event with a frequency of at least two percent in the trial. It said two percent of participants experienced headaches after the second shot.

The news of a candidate vaccine by the two companies, and another one by American biotechnology company Moderna, was welcomed across the world as authorities try to tackle the pandemic.

As of November 18, more than 55 million confirmed cases have been reported in addition to more than 1.3 million deaths, according to data from the Johns Hopkins University.