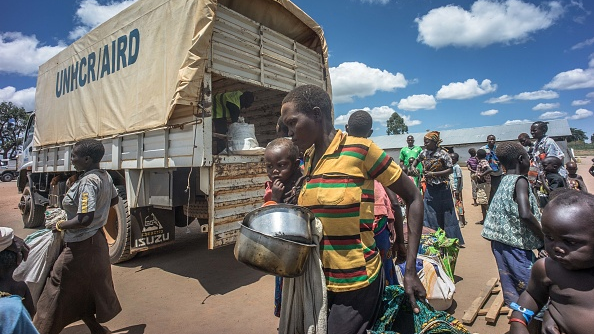 KULUBA, UGANDA – 2018/05/08: A South Sudanese single mother carrying her baby as she arrives at the Kuluba Refugee reception center in the border region between South Sudan and Uganda on 8th May 2018. / Getty Images

KULUBA, UGANDA – 2018/05/08: A South Sudanese single mother carrying her baby as she arrives at the Kuluba Refugee reception center in the border region between South Sudan and Uganda on 8th May 2018. / Getty Images

UNHCR said the resolutions adopted on Tuesday at the conclusion of the national dialogue largely focused on displacement solutions that will encourage IDPs and refugees to return to their homes and fully participate in peace and nation-building.

"The national dialogue on peace concluded in Juba with the release of a communique aimed at identifying a way forward for the revitalized peace agreement."

"Recommendations covered a host of topics ranging from the economy to safety and security, to governance and social cohesion. In a historic step, refugees, IDPs and returnees also brought their unique perspectives to the deliberations," It said in a statement issued in Juba.

UNHCR assisted a dozen participants during the dialogue to connect virtually from five asylum countries including the Democratic Republic of the Congo, Ethiopia, Kenya, Sudan and Uganda.

It added that 26 IDPs and returnees across South Sudan connected to the proceedings online, in close coordination with the national dialogue conference organizers including others who watched the live-streamed discussions.

It noted that the dialogue provided a platform for a frank and earnest exchange of views among over 500 participants from all walks of life.

UNHCR said that among the significant resolutions agreed upon include security sector reform and strengthening the rule of law, improvements in essential services for IDPs and returnees in their home location, the inclusion of women, youth and persons with disabilities in governance and reforms that respect women's rights to own, inherit and transfer land.

It revealed that other notable resolutions included housing, land and property restitution, economic stability and the creation of employment opportunities.

President Salva Kiir endorsed the resolutions reached at the dialogue promising to integrate them in the upcoming constitutional making process.

Nearly 2.2 million South Sudanese refugees are being hosted in neighboring countries and another 1.6 million persons displaced within the country.

UNHCR said there is an urgent need for the voices of these displaced persons to be heard at all stages, including in consultations that are shaping the path to peace.

South Sudan descended into conflict in December 2013, after disagreement between President Salva Kiir and his deputy Riek Machar caused a split in the army leading to fighting between soldiers loyal to their respective leader.