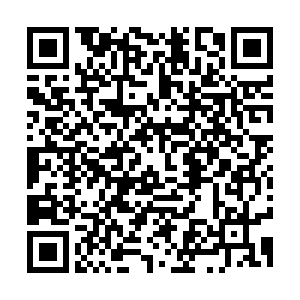 One of the subplots of Friday's CAF Champions League final between Al Ahly and Zamalek will be the battle between the two coaches leading the eternal rivals.

Pitso Mosimane of Al Ahly and Jaime Pacheco of Zamalek head into the clash bearing the weight of their clubs' history and expectations leaving them with no room for error as the two rivals jostle to be crowned Africa’s best club.

Both men have had just weeks to settle into their jobs though Pacheco, unlike Mosimane, is in slightly familiar surroundings having been at Zamalek before.

Mosimane left South Africa's Mamelodi Sundowns in September in a shocking move to join Al Ahly. The move stunned the footballing world because just a few months earlier he had signed a four-year contract extension. His arrival was seen as an attempt by the club to strengthen their chances of sustained domestic and continental success.

Fans of the Red Devils have high expectations of the 56-year-old South African who enjoyed immense success domestically and continentally with Sundowns. They hope his exploits with Sundowns is a sign of better things to come for their club, beginning with the delivery of the much-coveted Champions League trophy they last won seven years ago.

"Pitso is a great coach. He achieved amazing results with Sundowns. He won the African title with them, after they played in the second division. I believe he’s brilliant and he has good players to achieve his dreams with Al Ahly," one Al Ahly fan, Abdelrahman Salem, said.

"We admired Pits when he was in Sundowns. We valued his skills, his plans. We were happy when he joined Al Ahly," Ihab Abdo, another Al Ahly fan said.

Mosimane's start as coach has so far gone as smoothly as one can hope for. He has taken charge of seven matches without losing any game. Two of those matches were in the Champions League semifinal where his side dispatched two-time winners Wydad Casablanca 5-1 on aggregate. He also won three of the four matches remaining in the Egyptian Premier League, where Al Ahly had been crowned champions long before he joined.

Pacheco, on the other hand, is a much-travelled coach having spells in several countries among them his native Portugal, Spain, China and Saudi Arabia. However, it is with Portuguese side Boavista that he achieved his best result leading them to the Portuguese Premier League title in 2000-01.

He arrived shortly before Mosimane for a second stint with Zamalek succeeding Frenchman Patrice Carteron who had unexpectedly resigned. The Portuguese had previously led the White Knights between October and December 2014.

The 62-year-old immediately declared he returned to the club with a pledge to win the Champions League.

Zamalek fans are happy with the Portuguese who managed to secure second place in the league and a Champions League spot ahead of Pyramids F.C. He also led the team past Moroccan champions Raja Casablanca in their COVID-19-delayed semi-final. Like Mosimane, Pacheco is yet to lose a game since he re-joined the club.

"Pacheco is very smart he can sense his opponents’ strategy and change his team's line-up to win. He knows when to substitute. He has good defence strategies and great offense technique," Ahmed Mabrouk, a Zamalek fan, said.

Pacheco is also tasked with breaking his club's hoodoo against their rivals in the competition. Zamalek has not defeated Al Ahly in eight matches losing five games and drawing three.

While both coaches are successful in their own right, some will point to Mosimane’s 2016 triumph with Sundowns as a slight advantage heading into the final; the benefit of having done it before. Mosimane also has significantly more experience in African football than his counterpart.

The players' mentality will also benefit the coaches, particularly Zamalek as they have defeated Al Ahly in two of the three matches they have played this season. However, on the day, what counts is what happens on the pitch, and history and form may amount to nothing.

Despite their aspirations, only one winner will emerge, and, depending on the margin of victory and other factors, the loser may face a rebellious fan base and management.