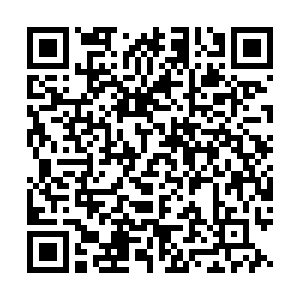 FILE PHOTO: The headquarters of the International Criminal Court, ICC, in The Hague, The Netherlands. /Getty Images

FILE PHOTO: The headquarters of the International Criminal Court, ICC, in The Hague, The Netherlands. /Getty Images

The International Criminal Court (ICC) on Friday announced it had severed the case against a Kenyan lawyer Paul Gicheru in connection with the post-election violence in the country between 2007 and 2008.

Gicheru had been indicted by the ICC for alleged witness tampering in a case against the country's current deputy president, William Ruto.

Gicheru and another individual named Philip Kipkoech Bett were accused of corruptly influencing witnesses who were set to testify by paying bribes and drawing up affidavits they used to withdraw their testimony to the court.

The ICC, however, in its statement said it will remain seized of the matter regarding Bett, who remains at large.

"In addition, neither the Prosecutor nor the Defence opposed severing the case against Mr. Gicheru. Moreover, the Chamber considered that conducting the confirmation of charges procedure in the absence of Mr. Bett is not appropriate in the present circumstances."

Gicheru, a lawyer formerly based in Kenya, surrendered to Dutch authorities then the ICC in early November in a move that caught many by surprise. He had been a fugitive for about five years as the ICC had issued a warrant of arrest against him and Bett in 2015. He then made his first court appearance on November 6.

A wave of deadly violence erupted after Kenya's contested presidential election in late 2007 which resulted in the deaths of about 1,200 people and the displacement of 300,000 of others.

President Uhuru Kenyatta, Ruto and four others were accused of crimes against humanity charges but they were later dropped by the Hague-based court due to lack of evidence.

ICC prosecutor Fatou Bensouda had blamed a lack of cooperation from the Kenyan government, bribery and witness intimidation for the collapse of the post-election violence cases.

(With input from International Criminal Court)