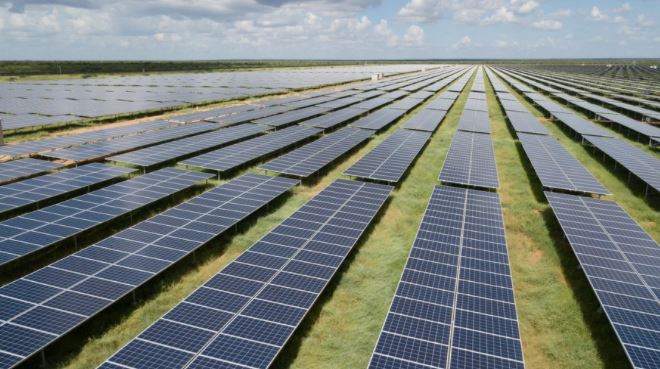 Kenya made a great leap in the renewable energy sector in 2019 when it inaugurated a 50 MW solar power plant located in the northern part of the country.

The plant made the east African nation one of the biggest investors in renewable and clean energy as it hosted the largest grid-connected solar power plant in East and Central Africa.

Over a year since its launch, the power plant built by China Jiangxi Corporation for International Economic and Technical Co-operation (CJIC) in conjunction with Kenya's Rural Energy Authority (REA), is connected to the national grid and is changing lives in the northern part of the country.

Businesses are flourishing in Garissa and other counties in the dry north as residents savor uninterrupted power supply in an area that was synonymous with power blackouts, which would last for days leading to protests.

"Initially, Garissa was running on diesel power generators, which were expensive and unreliable. To better the situation, the government did a power line from Kindaruma to Garissa to connect the area to the national grid," Hannington Gochi, a renewable energy technician at REA said on Tuesday.

However, this was still not a long-term solution. It became prudent to tap into the region's high solar intensity to support the grid and the line from Kindaruma by constructing the 13.58 billion shillings (122 million U.S. dollars) Garissa solar plant.

President Uhuru Kenyatta launched the project, one of the largest photovoltaic electricity stations in Africa, on Dec.15, 2019, noting it was part of Kenya's renewable energy strategy to harvest 400 MW from solar.

This is not a distant dream because Kenya is endowed with large solar resources, with the country being among the top 10 highest in sub-Saharan African thanks to its position on the equator.

"With steady power and low cost of electricity, Garissa can invest in industries and businesses," said Gochi.

He noted that more households and businesses have connected to the grid in the region, boosting artisans like those with welding workshops.

There have been direct and indirect job opportunities created for residents as a result of the project.

"The panels require cleaning twice a year and since the project is spread on 85 acres, people are hired to do the cleaning in the larger facility and under the solar panels so that the undergrowth does not affect power output," said Gochi.

He added that employment has created a positive impact on the population and Garissa, which is a gateway to the northern region.

Since independence, the Garissa plant is the first major solar power station Kenya has developed to tap its abundant solar energy.

The project is contributing about 2 percent of power to the national energy mix, which also comprises hydro, geothermal and thermal, according to the Ministry of Energy.

It has significantly led to a reduction of energy costs particularly in the north thereby promoting the development of clean, reliable, sustainable and affordable electricity.

Kenya has been robustly developing solar energy, especially for home systems but industries are also embracing the energy.

Charles Keter, the energy Cabinet Secretary, noted recently that the growth of the solar energy sector is anchored on the Kenya National Electrification Strategy that seeks to facilitate universal access to electricity by 2022.

The International Energy Agency forecasts that solar photovoltaic energy will comprise 47 percent of the technology's mix for mini-grids and off-the-grid systems power generation in sub-Saharan Africa by 2040, an indication that Kenya is on the right track.