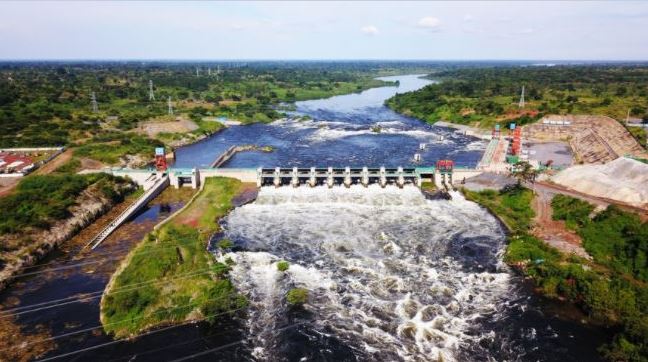 Aerial photo taken on July 11, 2020 shows the Karuma hydropower project under construction along River Nile in the midwestern Ugandan district of Kiryandongo. /Xinhua

Aerial photo taken on July 11, 2020 shows the Karuma hydropower project under construction along River Nile in the midwestern Ugandan district of Kiryandongo. /Xinhua

Chinese and Ugandan engineers are putting the final touches on the Karuma Hydropower Plant, Uganda's flagship project that promotes clean energy and limits its carbon footprint on the Nile River.

Kenneth Kiyingi, a civil engineer at the 600MW power plant in the northern part of the country, told Xinhua in a recent interview that the facility epitomizes a generation of clean energy and promotes sustainable development.

Kiyingi said taking a green approach was a major element from the design to the actual construction of the 1.7-billion-U.S.-dollar power plant.

The project was constructed in an environmentally sensitive area, the Murchison Falls National Park, which has rich flora and fauna.

A bigger part of the power plant was built underground to limit the footprints on the surface. Kiyingi said structures on the surface have also been designed and constructed in a way to conserve the environment.

Kiyingi said generating and using renewable energy is one of the solutions to the worsening effects of climate change.

He said while the initial cost of establishing renewable energy is high, in the long run, the cost on the environment is much less.

Mary Goretti Kitutu, minister of energy and mineral development, told Xinhua that the country is generating and using clean energy is a key area of sustainable development.

Electricity generation in Uganda showed an abrupt decline in 2006 as water levels in Lake Victoria dropped. The intermittent supply pushed the country to rely on thermal generated power which increased the country's carbon footprint.

Kitutu said the situation has since changed and the country is pushing for increased uptake of renewable energy.

Uganda heavily relies on hydro power generation and its potential is about 5,300MW, Kitutu said, adding the country would soon have a total generation capacity of 2,000MW once the Chinese constructed Karuma Hydropower Plant comes online.

The Karuma plant would make power more affordable by reducing tariffs by 17.5 percent, according to the government.

Simon D’Ujanga, minister of state for energy, told reporters on Nov. 30 that the utilization of the power plant is expected to reduce the rate to 5.34 U.S. cents/kWh from the current 6.47 cents/kWh.

Thanks to the Chinese-built 183MW Isimba hydropower plant last year, Uganda has already achieved the target of 5 cents per unit of electricity during off-peak hours for extra-large consumers like industries.

In the medium and long-term, according to D'Ujanga, the Ugandan government will develop large and small hydropower projects and pursue nuclear, solar and wind power plants.

Uganda has faced disasters like massive landslides killing hundreds of people as a result of cutting trees on mountain ranges to supply charcoal to the urban markets, according to the minister.

"We know that once we embrace renewable energy, then we would have reduced that drive that makes people cut trees," Minister Kitutu noted.

Official figures show that biomass like materials firewood, charcoal and crop residues have continued to be the main source of cooking energy in Uganda.

To mitigate the effect of accelerated deforestation, the government is promoting the use of alternative, clean and modern cooking solutions such as electric pressure cooking and liquefied petroleum gas.