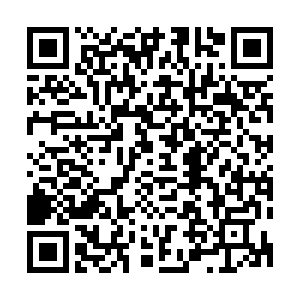 The strategic cooperation between China and Russia has become a model of harmonious coexistence of great powers, Chinese Foreign Ministry spokesperson Wang Wenbin said on Friday.

The pragmatic cooperation between China and Russia have shown great resilience and internal growth, Wang said while responding to reporters' query on Russian President Vladimir Putin's comments on Russia-China ties.

The two countries have also been firmly supporting each other in opposing interference and stigmatization, making them significant forces in safeguarding the stability of the global strategic pattern, Wang said.

Putin said Thursday that Russia and China have common interests in many fields during his annual press conference.

"Concerning China, we have overlapping interests in many areas," he said, adding that these mutual interests have contributed to Russia's positive relations with China.

Wang added that China and Russia have confidence and are determined to safeguard the hard-achieved development of the bilateral ties and maintain the positive developing trend of bilateral relations, playing a more constructive role in global governance in the post-pandemic era.

Commenting on ties with leaders of other countries, Putin said that he has maintained a very friendly, pragmatic and trustful relationship with Chinese President Xi Jinping.  The pragmatic, cooperative relationship with the Chinese leader will primarily benefit developing the ties between the two countries

The Russian president also defended China on the origin of the COVID-19, saying that there is no evidence for such accusation and what the world needs to do is to unite against the virus instead of blaming who is responsible for the pandemic.

He also added that sanctions and trade restrictions should be lifted for countries struggling with COVID-19.

According to the Chinese Foreign Ministry, in the first 10 months of this year, the two countries' bilateral trade reached 88 billion U.S. dollars, with a gradually narrowing drop in volume. Trade in the fields of agriculture, energy, and cross-border e-commerce actually increased against the odds. The China-Russia Year of Scientific and Technological Innovation has been successfully launched, accumulating more positive elements in the bilateral cooperation.

Several days before the annual press conference, the Chinese and Russian defense ministers signed an agreement to prolong both countries' missile notification deal for another 10 years — an agreement that requires each side to notify the other before conducting any ballistic missile or space rocket launches.

During the 17th meeting of the China-Russia Energy Cooperation Committee in November, the two sides also agreed to advance energy cooperation, eying for more pragmatic outcomes and a higher level of bilateral relations.

At the 25th regular meeting between Chinese and Russian heads of government, they also agreed to accelerate cooperation in new areas such as joint manufacturing, peaceful utilization of nuclear power, digital economy, and small and medium-sized enterprises (SMEs).

People-to-people exchanges and cooperation in education, youth, tourism, and the Winter Olympics are also highlighted in the cooperative areas.

China and Russia have been helping and supporting each other since the outbreak of COVID-19. Russia was the first country to send medical experts to China, while China provided Russia with the strongest support in terms of antiviral equipment.

One year of upgraded ties: Is COVID-19 bringing China, Russia any closer?

The Russian president's annual press conference lasted 4 hours and 29 minutes and included questions from the general public. While 774 journalists were accredited to attend, only 237 were present at the International Trade Center in Moscow where the conference was hosted.

Putin also addressed major problems currently facing the world, such as solutions to tackle the pandemic, international assistance in Nagorno-Karabakh, and existing challenges in Russia-U.S. ties.