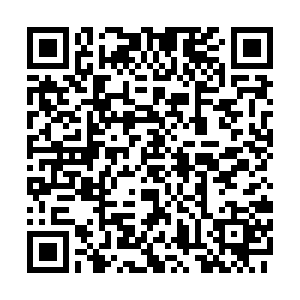 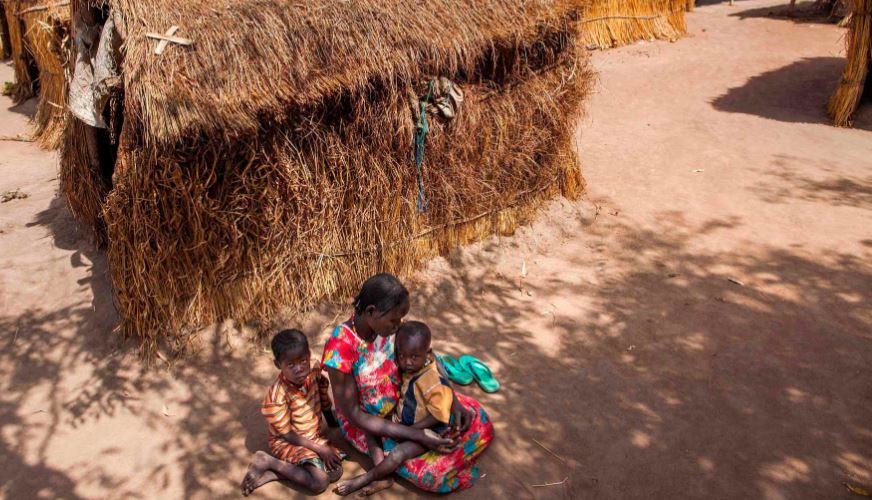 FILE PHOTO: Nybol Madut sits with her two children next to a shelter at an Internally Displaced Person (IDP) camp formed by local community members at Barmayen village in Aweil state some 740km north-west of Juba, the capital of South Sudan, on November 22, 2017. /VCG Photo

FILE PHOTO: Nybol Madut sits with her two children next to a shelter at an Internally Displaced Person (IDP) camp formed by local community members at Barmayen village in Aweil state some 740km north-west of Juba, the capital of South Sudan, on November 22, 2017. /VCG Photo

At least 7.2 million people, about 60 percent of South Sudan's population, are projected to face acute food shortage next year, according to a joint report released by South Sudan and the UN on Friday.

According to the latest Integrated Food Security Classification (IPC) report released in Juba, an estimated 5.2 million people will likely face acute food shortages (IPC3) in the next three months.

"In order to save lives and avoid the total collapse of livelihoods in the affected counties, particularly those with a population in catastrophe (IPC 5) and emergency (IPC 4), there is an urgent need for immediate scale-up of multi-sectoral humanitarian assistance," said Isaiah Chol Aruai, Chairperson of South Sudan's National Bureau of Statistic (NBS).

According to the report, the states of Jonglei, Unity, Lakes, Northern Bahr el Ghazal, Warrap and Upper Nile are the worst hit by the hunger crisis.

The report further warns that without enhanced humanitarian assistance, the number of food-insecure people in the east African country could rise to 7.2 million by April 2021.

It adds that some 24,000 people, 13,000 in Tonj North County of Warrap state and another 11,000 people in the volatile Pibor Administrative Area, currently face famine-like situations.

Alain Noudehou, UN humanitarian coordinator in South Sudan, reiterated the commitment of the humanitarian community to scale up its response to meet people's increasing needs and to save lives.

"It has been a truly difficult year for the people of South Sudan. The country has been hit hard by a second consecutive year of major flooding, as well as by widespread sub-national violence and COVID-19 related restrictions," said Noudehou.

The report also found that an estimated 1.4 million children under five years are at risk of acute malnutrition in South Sudan.

It blames insecurity, economic crisis and climate shocks such as floods and droughts for the deteriorating food insecurity situation in South Sudan.

"The currency depreciation and other economic problems have added to an already challenging context, leading to a dramatic rise in acute food insecurity. We are scaling up our response activities now to provide much-needed assistance to people and to avoid further deterioration," Noudehou said.

With more than one million people affected by floods across South Sudan, Noudehou said the anticipated improvement in road conditions would expedite the delivery of life-saving aid to people and the pre-positioning of supplies into remote areas.

"People are suffering in many parts of the country and desperately need help. They should be able to access assistance without fear, and humanitarians should have safe and unimpeded access to them," said Noudehou.

"The fighting and the violence should stop if we are to see improvement in the humanitarian situation and for the country to recover toward a lasting peace," he stressed.