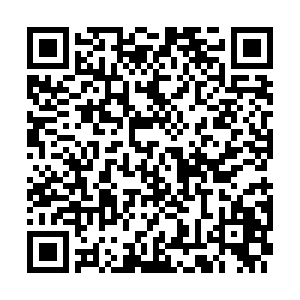 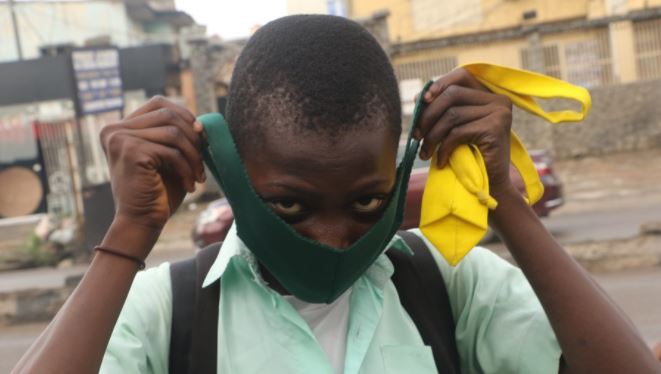 A student adjusts his face mask on his way to school in Lagos, Nigeria, Sept. 21, 2020. (Xinhua/Emmanuel Osodi)

A student adjusts his face mask on his way to school in Lagos, Nigeria, Sept. 21, 2020. (Xinhua/Emmanuel Osodi)

With COVID-19 cases flaring up again in some parts of Nigeria, authorities in Lagos, the nation's economic hub on Friday night announced the banning of large social gatherings like carnivals, concerts and street parties until further notice, following the increase in coronavirus cases in the state.

Babajide Sanwo-Olu, the governor of Lagos state, made this known in a statement made available to Xinhua, saying this calls for caution among residents.

Nigeria recorded 806 new coronavirus cases on Friday, bringing the total confirmed cases to 77,013, among which 1,212 deaths. Lagos, the epicenter of the pandemic in Nigeria, continued to lead with 287 new cases reported on Friday and total cases of 26,182.

Boss Mustapha, Secretary to the Government of the Federation and chairman of the Presidential Task Force (PTF) on COVID-19, warned on Thursday there are indications the country had seen the second wave of COVID-19 following recent spike in the number of infections.

According to the Epicurve by the Nigeria Center for Disease Control, the daily cases have been rising fast since early December, from rarely beyond 200 daily cases between late August and November to more than 500 in most of the days since Dec. 8, with a record of 1,145 cases recorded on Thursday.

Sanwo-Olu said there were credible reports that the entertainment industry was planning large gatherings, concerts, street parties and carnivals, in the spirit of the yuletide.

He added that night clubs had also re-opened in reckless disregard of the existing COVID-19 guidelines, and events centers were operating with huge gatherings without any regard for public health and safety guidelines.

According to him, this same disregard for coronavirus guidelines is also being observed in places of worship across the state, in both their regular gatherings and the special gatherings organized to commemorate this season.

Therefore, Sanwo-Olu also returned the restriction that in places of worship in the state, no gathering must exceed 50 percent of the maximum capacity of the venue.

He further directed all public servants from grade level 14 and below, except emergency workers and first responders, to work from home for the next 14 days starting from Monday.

The governor said there was a resurgence of COVID-19 and the state could not afford another lockdown of the economy.

He said amidst an economic recession there was the need to find a way to delicately balance the imperatives of life and livelihood.

The governor said this second wave calls for a full re-awakening of caution and precaution.

“The complacency that crept in over the last few months as a result of our early interventions when cases started to decline from our peak in August, must now give way to an abundance of vigilance,” he said.