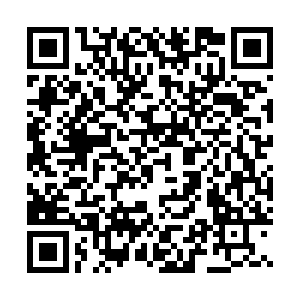 Mohamed El-Koosy, the CEO of Egyptian Space Agency (EgSA), speaks during an interview with Xinhua in Cairo, Egypt, on Dec. 17, 2020./Xinhua

Mohamed El-Koosy, the CEO of Egyptian Space Agency (EgSA), speaks during an interview with Xinhua in Cairo, Egypt, on Dec. 17, 2020./Xinhua

The recent safe return of China's Chang'e 5 lunar probe to Earth, carrying the world’s freshest lunar samples in 40 years, is considered "a huge scientific achievement" to both China and space science, said the CEO of Egyptian Space Agency (EgSA).

"China deserved to plant its flag on the Moon as a reward for its accomplishment of such a massive scientific mission," EgSA chief Mohamed El-Koosy told Xinhua in a recent interview.

On Thursday, Chang'e-5 mission returned to Earth with rock and soil samples collected from the Moon, the first batch in 44 years since the Soviet Luna 24 probe in 1976.

"The event is important because there haven't been any successful attempts to get lunar rock samples back to Earth over the past 40 years, during which many countries have tried and failed," El-Koosy said.

He explained that the "soft landing" of the Chinese spacecraft on the Moon, staying there for two days and coming back safely, was not at all an easy scientific task.

"The journey itself that covered a distance of some 400,000 km was also a very difficult mission that required such a high level of control," he said.

"It's a consensus in the world that China has undoubtedly become a big space power," El-Koosy said.

He noted that this is not China's first successful aerospace activity, referring to the country's previous successes in sending multifunctional satellites into orbit.

He also commended the earnest work of the China National Space Administration that led to such achievements.

El-Koosy, who visited Beijing several times, hailed the ongoing cooperation between Egypt and China in aerospace, attributing it to distinguished relations between the two countries.

"The strong relations led to China's approval of a grant to Egypt in the field of space technology, through which it helps Egypt build a center for satellite assembly," El-Koosy told Xinhua.

China has already shipped all the necessary equipment to Egypt for the construction of the Egyptian Satellite Assembly, Integration and Test center, which will be finished in mid-2021, according to El-Koosy.

"After construction, Chinese experts will come to install and operate the devices, and train the Egyptian cadres," he explained.

El-Koosy noted that the joint projects of building the assembly center and the remote sensing satellite are being carried out in parallel, expecting the satellite to be assembled in the center after its completion and then launched via a Chinese launcher in September 2022.