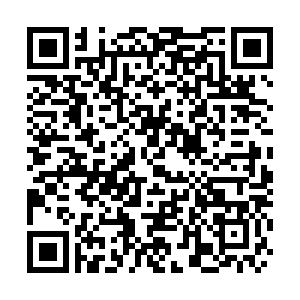 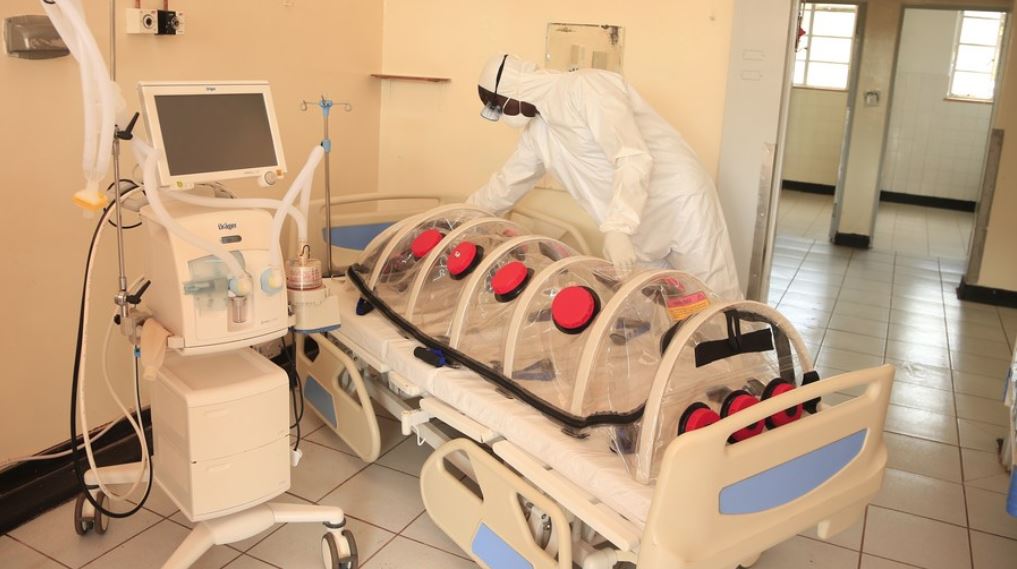 A doctor works in a ward at Wilkins Hospital in Harare, Zimbabwe, April 9, 2020. (Xinhua/Shaun Jusa)

A doctor works in a ward at Wilkins Hospital in Harare, Zimbabwe, April 9, 2020. (Xinhua/Shaun Jusa)

Many Zimbabweans would want to forget the year 2020 in a hurry after they either lost their loved ones to COVID-19 while others lost their sources of income as some companies closed down due to the effects of the pandemic.

The country also slid further into economic distress as the productive sector temporarily went into comatose and is yet to recover.

Lately, there have been more local transmissions than imported ones as people are ignoring COVID-19 prevention protocols, much to the government's concern.

The first COVID-19 case in the country was reported on March 20, sending the nation into panic and pushing the government to impose lockdown restrictions which initially left a few essential services operational while inter-city travel was initially banned.

Even at the local level, only people providing essential services were allowed into central business districts in their respective towns and cities.

According to Finance and Economic Development Minister Mthuli Ncube, the economy is estimated to contract by 4.1 percent in 2020 because of weak demand attributed to the national lockdown which suppressed output, productivity and capacity utilization.

Ncube said mining, manufacturing, tourism, construction, distribution and other service sectors were affected by the negative impact of the lockdown.

The informal sector which accounts for about 90 percent of Zimbabwe's working population was severely affected with women being the hardest hit.

Foreign direct investment was also affected with the Treasury revealing recently that it had contracted by 31 percent to 30.6 million U.S. dollars during the first 10 months of the year from 44.5 million dollars during the same period in 2019.

The lockdown restrictions have been eased over time and virtually all sectors are back in operation.

However, despite being largely ignored, a 10 p.m. to 6 a.m. curfew still subsists, the numbers of people at public gatherings, weddings, church services and funerals are restricted and house parties and other social gatherings remain banned.

According to women's shelter Musasa Project, the national GBV hotline recorded 5,306 calls from the beginning of the lockdown on March 30 up to October 7, representing a 60 percent increase compared to pre-lockdown trends.

Some of the issues causing gender-based violence were related to financial matters.

School children also lost learning time after the government closed them beginning of April and only initially allowed the rescheduled sitting of public examinations.

Some of those sitting for public examinations but had tested positive to COVID-19 had to endure stigma as they were isolated during the sittings.

Non-examination classes returned later for a very short time. As a result, schools will re-open earlier than usual for the first term of 2021 to allow them to catch up with their syllabuses, while some outstanding public examinations continue.

A number of school girls also fell pregnant during the long break and at least two committed suicide because they did not get the psycho-social support they needed to cope with their situations.

In the middle of the pandemic, consumers also bore the brunt of galloping prices but fiscal and monetary authorities have now managed to arrest the trend, largely through the introduction of a foreign currency auction system.

The auction system, which sees companies bidding for the available foreign currency provided by the Reserve Bank of Zimbabwe, has to a great extent checked obscene black market rates which were pushing prices up.

Prior to the introduction of the system, many companies were sourcing their foreign currency from the black market.

Ncube hopes that lost jobs will be recovered in 2021 as the economy rebounds by 7.4 percent from the consecutive two-year downturn.

The Chinese government and local Chinese community helped Zimbabwe out through various interventions, including the establishment of a state-of-the-art COVID-19 treatment center and renovations of other health facilities and provision of face masks and personal protective equipment.

Chinese health experts also came to Zimbabwe to share their experiences in the fight against the pandemic with their local counterparts.

Meanwhile, Chinese companies maintained their presence and carried on with major projects being undertaken in Zimbabwe, albeit at a slowed down pace.

The major projects at various stages of completion are the Hwange Thermal Power Station expansion, the Robert Gabriel Mugabe International Airport expansion and the building of a new Parliament Building northwest of Harare.

The new building is now more than 59 percent complete, much to the satisfaction of President Emmerson Mnangagwa.

Mnangagwa has toured the construction site five times since work — being done by Shanghai Construction Group — began in November 2018.

The state-of-the-art building is being constructed through a 100-million-U.S. dollar grant from the Chinese government.

Construction of the building was expected to be completed by March 2021 but has been rescheduled for September of the same year following disruptions that were caused by the COVID-19 pandemic.

The imposing six-story building, sitting on a hill-top, is the largest to be funded by China in a southern African country in recent years.

The 1.2 billion U.S. dollar expansion of Hwange Thermal Power Station, which is being done by Sinohydro, progressed well during the year with commissioning of the first unit expected mid-2021.

The project will add two power generating units to the existing six at the country's biggest power station.