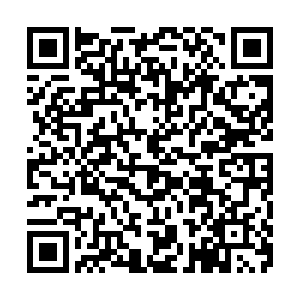 Chepkit Falls in Kenya's Nandi county has been a tourist attraction for decades. But the deaths of many there has led to questions about its safety for public use. Residents of nearby settlements hope that it will be closed permanently or adequate safety measures will be put in place to prevent future disasters.

The falls, derives its name from the Kalenjin word 'chepkit' which means 'watch from a distance'.

It looks attractive even from far. Indeed, this is a marvel of mother nature, carved out of the magnificent walls of the great Rift Valley. It's truly a sight to behold and a magnet for tourists from within Kenya and beyond. But there are concerns that it has also become a death trap.

Nicholas Maiyo-Village Elder says: "This fall is known the world all over, but as you can see there's no one here... Just a month ago there was an accident here, a young girl came to visit and as she was taking pictures, she slid and fell to her death. The friend tried to rescue her, but it was risky."

Bird lovers and even love birds have been swept away here. One has to exercise a lot of caution when at Chepkit Falls … as many have lost their footing in the past, turning picnics into panic, with several deaths reported.

"The authority's response is always prompt when they hear an incident here, but even during this Covid-19 times we still see people are here, risking a lot. I don't know why," says Ruth  Kepkenei-Resident, Chepkit.

The tragic incidents led to protests by residents who now want the authorities to either put in place proper safety measures or bar people from Chepkit Falls altogether.

Rosemary Ruto-Resident, Chepkit, "We are requesting for tour guides and divers, and security for emergency so that incase of anything lives can be saved here, once students are admitted they should be briefed accordingly and put prayers ahead, this place has killed so many students since 1960s."

Chepkit Falls is also an important source of fresh water for locals. They pipe the water to their homes for consumption.

The villagers are hoping that authorities will step and safeguard the place to be a haven for only tourism rather than the negative publicity.