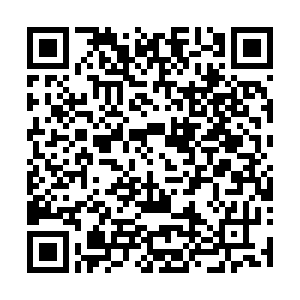 Wang Xiusheng (C), political counselor of the Chinese Embassy in Malawi, makes a statement during a donation of medical equipment to Malawi’s three major hospitals and three major city councils at the Chinese embassy in Lilongwe, Malawi, on April 24, 2020. (Xinhua/James Mwale)

Wang Xiusheng (C), political counselor of the Chinese Embassy in Malawi, makes a statement during a donation of medical equipment to Malawi’s three major hospitals and three major city councils at the Chinese embassy in Lilongwe, Malawi, on April 24, 2020. (Xinhua/James Mwale)

China's relationship with Malawi has been a success in the year 2020, China has maintained its friendly gesture to Malawi in the fight against COVID-19, a global pandemic.

This has been seen in numerous medical donations that China has been rendering to the Malawian government and in various institutions.

On March 31, the Chinese government through its embassy in Malawi donated assorted medical supplies to Malawi to enhance its prevention of the COVID-19 outbreak.

During the handing ceremony of the items in Lilongwe, Former Malawian Minister of Disaster Management Affairs and Public Events, Everton Chimulirenji commended the Chinese government for the donation.

"The donation has uplifted the efforts in preventing the outbreak in our country, and I am very optimistic that China is going to continue assisting our country both financially and technically following the strides that China has made," he said.

Similarly, on April 24, the Chinese embassy announced another Personal Protective Equipment (PPEs) which were distributed to three major hospitals in Malawi. According to the Chinese Ambassador to Malawi, Liu Hongyang, the donation was part of China's commitment to helping Malawi to ease the spread of COVID-19 in Malawi.

In October, China also donated 100,000 masks to Monica Chakwera, First Lady of Malawi, and through her to the Ministry of Education.

The First Lady hailed the Chinese government for the donation which she said was timely. She also cited that the masks were necessary for bringing a conducive and stabilized learning environment for teachers and learners.

Meantime, Malawians have commended the Chinese government for supporting the Malawian government despite the fact China is also fighting the same pandemic in their country. Many have applauded China because it always shows up whenever there is a need.

Alice Nkhonjera, a business lady in Blantyre town, said that Chinese help towards the health sector has been significant because at first, it was very hard for health workers to equip themselves with recommended protective material.

"China has been the most reliable partner during the crisis, we have noted a lot of help being given to our country. I believe that this has contributed to our success in the fight against the pandemic. At first, it was very hard for health workers and patients to access the PPEs in our local hospital but with the help from China, protective materials became accessible," she said.

Commenting on the same, Martin Kapito, a businessman in Blantyre city, said that there is a lot that Malawi has to learn from China in terms of readiness and the fight against diseases.

"China has shown us that it is really advanced in its skills in health care. Furthermore, China has not been selfish during the crisis, I believe that the donations made to our government have helped us a lot, as a country, we need to be thankful," he said.