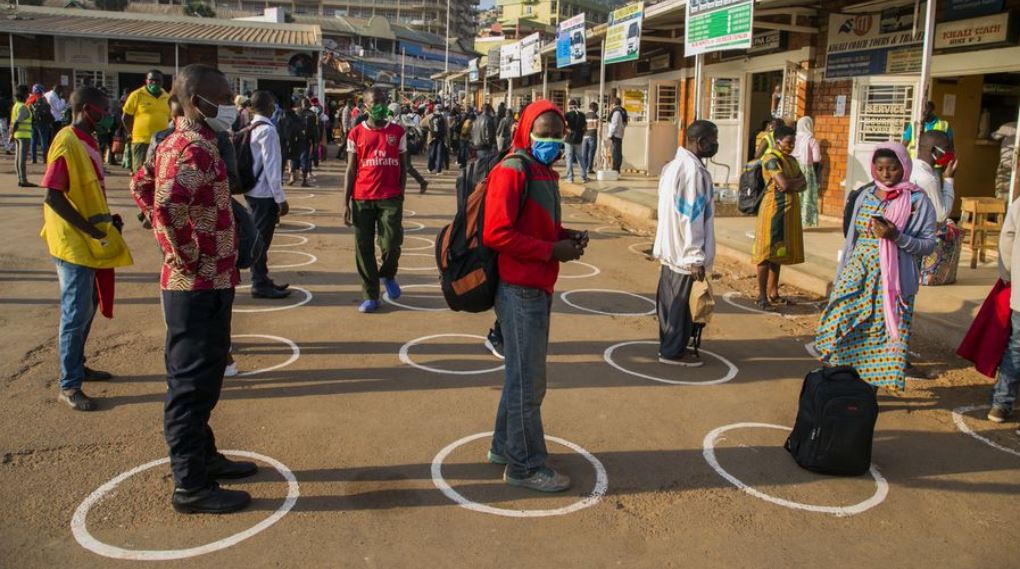 The pandemic has affected the economic flow of countries across the world due to lockdowns. /Xinhua

The pandemic has affected the economic flow of countries across the world due to lockdowns. /Xinhua

The COVID-19 pandemic has disrupted not only the health systems of countries but has had a far-reaching impact on consumers.

The pandemic has affected the economic flow of countries across the world due to lockdowns, while some firms closed resulting in people losing their jobs.

Poeple in the informal sector have been left to barely survive because the disposable incomes of consumers have been badly affected.

Consumers in Zambia have not spared from the negative effect of the economy.

Despite the country not effecting a full lockdown, Zambia was badly affected because cross-border traders could not cross borders to trade with neighboring countries in the region.

The pandemic resulted in a slump in the country's economy with the government indicating that the country will record negative growth this year.

Finance Minister Bwalya Ng'andu said recently that the economy is expected to contract by at least 3 percent this year due to negative growth rates experienced in the manufacturing, tourism, retail and wholesale trade as well as travel industry.

The shrinking economy has also resulted in the local currency, the Kwacha, depreciating significantly, a situation that has resulted in the skyrocketing of prices of essential commodities.

According to results of a survey conducted to establish the impact of the pandemic on households by the Financial Sector Development (FSD) Zambia, an organization that tries to promote financial inclusion, the pandemic left many households in worse conditions.

The study was aimed at assessing the medium and long-term impact of COVID-19 on Zambian households, particularly socio-economic, health behavior and risk perceptions.

Some of the findings of the study show that many households will take a long time to recover from the negative effect of COVID-19.

According to the findings, the percentage of households selling assets to cope with the weakened economic situation increased from 12 percent in May to 25 percent in September this year.

The survey further established that the number of households missing loan repayments doubled from four percent in May to eight percent in September, with respondents attributing loan defaults to the increased need for spending on essential commodities.

"We are extremely worried about this trend. Families are increasingly selling their basic assets, many of which are used to earn money. Without these items' income generation, recovery, and even money for basic survival will be much harder to earn," Betty Wilkinson, the organization's chief executive officer, said.

The research, she said, was necessary for policymakers and other stakeholders to be certain about the effects of COVID-19 on households since the emergency of the pandemic brought many uncertainties on household economic survival.

The survey further deepened the understanding of the impact of COVID-19 on households in Zambia, particularly for those working on addressing poverty.

For the Zambia Consumer Association (ZACA), an association representing the interest of consumers, 2020 has been the worst year for consumers in the country.

The Zambia consumers' body said that 2020 will go in the annals of history as the worst year for consumers, with consumers experiencing the worst living standards in years.

"For most consumers, it has been very difficult to meet basic essential commodities because the income was erratic," Juba Sakala, the organization's executive secretary said.

He said in a release that the pandemic resulted in many people failing to pay rentals, school fees and afford decent three meals in a day.

According to him, people were forced to come up with ways of how to survive by rationing their food intake due to difficulty in accessing basic needs.

While commending the government for attempting to intervene by coming up with a stimulus package to cushion consumers, he noted that the stimulus package was not enough to cater to people who were in need of assistance and the conditions to access the money were unfavorable.

Indeed, 2020 has been a phenomenal year for the world with ripple effects on all spheres of life.