Download
On the cusp of Brexit trade deal, EU and UK hash out final details
CGTN 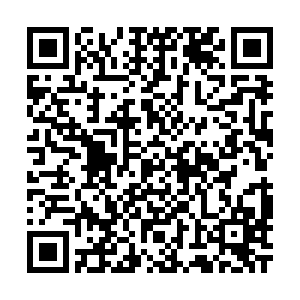 The European Union and the United Kingdom were on the cusp of striking a narrow trade deal on Thursday, with negotiators thrashing out the final details.

Sources in London and Brussels said a deal was close as British Prime Minister Boris Johnson held a late-night conference call with his Cabinet of senior ministers and negotiators in Brussels pored over reams of legal trade texts.

"Grabbing some sleep is recommended to all Brexit-watchers at this point. It will hopefully be an early start tomorrow morning," Mamer said.

There was no official confirmation of a deal, but a news conference was expected in London on Thursday morning – just seven days before the UK turns its back on the EU's single market and customs union at 2300 GMT on December 31.

Since formally leaving the EU on January 31, the UK has been negotiating a free trade deal with the 27-member bloc to ease its exit from the EU's single market and customs union at the end of this year.

An accord would ensure that the goods trade that makes up half of the annual EU-UK commerce, worth nearly a trillion dollars in all, remains free of tariffs and quotas.

Disagreements over fishing rights and future business competition rules have long been the major hurdles to the agreement amid often fraught negotiations.

The European Parliament had set Sunday as the last moment to accept the text of any deal if lawmakers were to approve it before the UK leaves the single market in two weeks.