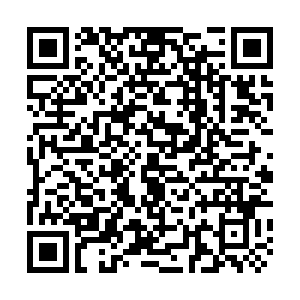 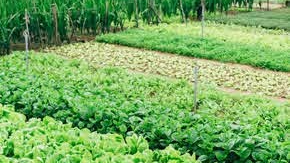 experts are conducting practical fieldwork by helping farmers to engage in agroecology. This is basically diversification of agriculture where farmers are encouraged to practice inter-cropping rather than mono-cropping. /Xinhua

experts are conducting practical fieldwork by helping farmers to engage in agroecology. This is basically diversification of agriculture where farmers are encouraged to practice inter-cropping rather than mono-cropping. /Xinhua

Organic agriculture has developed in response to the great changes in agricultural practices globally during the last century.

The genesis for an increasingly industrialized agricultural production was farm mechanization, synthetic production of ammonium nitrate as fertilizer, and the introduction of DDT as one of the first insecticides. The development of Genetic Modified Organisms further intensified production.

However, agriculture experts advocating for more natural ways of farming have emerged globally to halt the negative impacts of modern agriculture. These side effects have led to long-term pollution of soils, groundwater, rivers, and lakes, the elimination of beneficial insects and other animal species, loss of efficiency in pesticides, and pesticide residues in foods.

CGTN's Halligan Agade toured North-Eastern Kenya, county of Meru, he established that experts are conducting practical fieldwork by helping farmers to engage in agroecology. This is basically diversification of agriculture where farmers are encouraged to practice inter-cropping rather than mono-cropping.

Farmers are now planting a variety of crops that can be harvested at different periods on the same farm. For instance, arrow-roots, sweet potatoes, Irish potatoes, beans, vegetables like spinach, kales, and cabbage, sorghum, and fruit trees are inter-cropped.

Agro-ecology according to the experts is not only beneficial in terms of food security but also is a form of economic empowerment especially to small-scale farmers.

"In our case, we are promoting diversification of agriculture, this is where farmers are able to grow different crops within the same portion of land and keep different livestock within the same farm," says Morris Mwiti Director, Caritas Meru.

He says they embarked on this system of farming in the region in 2016 after a study appearing in the Journal AAS Open Research and conducted between 2003 and 2018. A team from Meru Hospice, Mount Kenya University, Aroha Cancer Centre, and Meru University of Science and Technology concluded the region was a stomach cancer hot spot.

Some scholars believe there is a link between cancer to high usage of agro-chemicals.

Agro-ecology does not only engage crop husbandry but also teaches farmers about how to protect against soil erosion, harvest enough water for the crops, and how to use manure as a chemical-free pesticide.

Using green manures for fertilization instead of synthetic fertilizers is a classical organic method. Green manure crops are grown before the main crop.

They are usually slashed two to three weeks before sowing the main crop and ideally before or at the flowering stage when they have accumulated a maximum of nitrogen. They are worked into the topsoil to decay and to feed a subsequent crop with their nutrients

Mwiti says: "We train community members on how they can use locally available material to produce pesticides. Some of those are "Tithonia-wild sunflower", aloe vera, and chilly pepper, we mix with soap and it can act as a fertilizer and also eliminate some pests,”

Organic agriculture seeks to consider the whole picture of the environment – not just one pest which must be killed. It tries to fit agricultural activities into existing natural cycles and the complex food chains.

For those who aspire to practice agroecology onto their farms, the farms have to be redesigned and be planned accordingly. Farmers are encouraged to do zoning of farms where they should have zone-zero, here one has a compound that has a house and a parking space and a place for relaxing especially for visitors.

One may also have a livestock shed where animals are kept, establish a kitchen garden for vegetables behind the kitchen. Have a food forest-where various fruit trees with different maturing periods can grow in addition to water harvesting structures.

One may also have a free-area zone within the main farm where no crops are planted. This is significant to allow for soil regeneration.

In Agro-ecology, farmers who wish to engage in charcoal burning are encouraged to use tree branches as opposed to cutting down trees.

Soil erosion is prevented through planting crops like Napier grass along the trenches as well as planting leafy trees that can help to break winds that would otherwise destroy other crops on the farm.

Mwiti says that agro-ecology is proving to be a game-changer in Meru county with more farmers now embracing it for maximum yields, food security, and economic benefits. He adds that arid and semi-arid areas can also be turned into a goldmine by this system of farming.