Download
Kenyans upbeat amid promise of a COVID-19 vaccine
CGTN 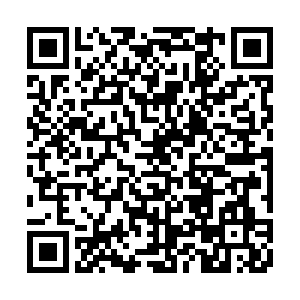 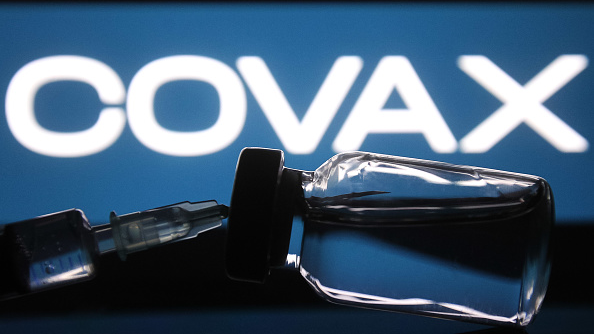 A medical syringe and a vial in front of the COVAX word are seen in this creative illustrative photo. /Getty Images

A medical syringe and a vial in front of the COVAX word are seen in this creative illustrative photo. /Getty Images

The possibility of the deployment of a COVID-19 vaccine in Kenya is becoming clearer by the day, providing a sense of hope to the people ravaged by the negative effects of the pandemic.

The long-awaited vaccine jab is being viewed as the silver bullet designed to put an end to COVID-19. Consequently, discourse pertaining to its imminent introduction has been vibrant.

A good number of citizens have expressed confidence in the vaccine while others have adopted a wait and see attitude with the rest remaining non-committal.

"Drawing my lessons from a misfortune that befell my son, my hardened resolve is to take the jab. I will not allow my apprehension to assume control over me as it did many years ago," said Benedetta Muindi, an elderly resident of the eastern Kenyan county of Machakos.

"Had I taken my son to receive a polio jab, he would still have use of his left leg. I want myself and my family to be safe," she added.

Muindi's unique motive is perhaps widely shared by other Kenyans who failed to secure previously approved vaccines and hence want to make a more informed decision regarding the new COVID-19 vaccine.

However, if the latest report from the Africa Centers for Disease Control and Prevention (Africa CDC) is anything to go by then it is safe to say Kenyans are ready for the vaccine.

Percentage of Kenyans willing to get the jab

The report showed that 70 percent of Africans would take a COVID-19 vaccine if it is proved safe and effective.

The study was carried out between August and December 2020 and it involved participants from different African countries including Kenya.

Other local surveys have presented figures which have shown a high percentage of Kenyans are willing to receive a COVID-19 vaccine jab.

At the moment the East African country is looking at the AstraZeneca vaccine as a compatible vaccine candidate with local trials ongoing. The vaccine is said to have ticked all the boxes for a vaccine and moreover, other vaccines from countries such as China are being eyed.

"Based on the parameters that we are looking at, AstraZeneca will be one of the front-line vaccine candidates that we shall use as a country. We watch for the safety of a vaccine, we watch for immunogenicity, and finally, we look at the vaccine efficacy," said Patrick Amoth, director-general for health at the Ministry of Health.

"Under the COVAX facility in which Kenya is a signatory, Kenya is expected to get 24 million doses," he added.

According to the Ministry of Health, the first batch is expected in the first quarter of 2021.

Banking on the jab

Mercy Aguga, a manager at a fast-growing fast food joint is optimistic that the availability of vaccines will revive pre-pandemic sales.

"The availability of a vaccine will gradually encourage more movement and interaction in equal measure. I am convinced the adoption of a vaccine will resuscitate the economic wheels that went silent when COVID-19 struck," said Aguga.

She said that the need to create awareness will enlighten individuals especially in the rural towns where there is still indifference towards COVID-19.

"Most of the cases are clustered in the capital city and metropolitan towns and as such village dwellers are not convinced of the scale of this problem. I believe if people are sensitized on the significance of the vaccine, they will have a mental shift," said Aguga.

Echoing her sentiments, John Musembi, a pharmacist proposed that the government conduct a sensitization program as well as extend the scope of groups to first be covered going by the local situation.

"Residents living in famine prone areas should be included as early recipients as they take inadequate nutritional meals subsequently putting their immunity on the line," said Musembi.

Government and ministry of health pronouncements have stated that the first consignment will be given to high-risk groups such as healthcare workers, police officers, teachers and persons with co-morbidities.

Musembi said that the overriding concern of any vaccine is safety adding that misinformation fuels cynicism which leads to resitance for inoculations among members of the public.

He said that the government should invest substantially in fostering confidence in the jab.

"As a medic, my fears hinge on its safety and efficacy, so if I am expressing fears yet I am a trained medic, imagine what the rest of the population is feeling," said Musembi.