Download
Ghana: The board game Draughts is one of the popular pastimes for men
CGTN 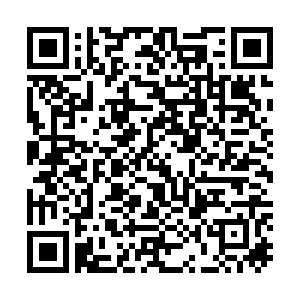 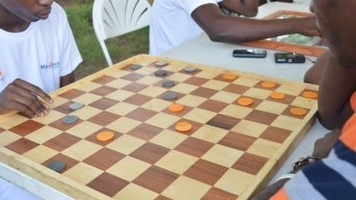 In Ghana, the board game Draughts is one of the popular pastimes for men. It's not just a game to display their wit and strategy. Many say it also helps improve their mood and allows them to better deal with daily life.

Draughts is played by two players on opposite sides of the game board. Each player competes to take over the chips of his opponent. And wins by capturing more pieces than the other player.

But as CGTN's Nabil Ahmed Rufai reports, for many, it's more than just that.

"The draughts game sharpens our minds. It helps us think on our feet when we face problems in life," Theophilus Aryeequaye-Draughts player says.

He adds, that  it's an escape from the daily hassle of life. And players say it not only passes the time, it also helps strengthen friendships.

Prince Asare-Chairman, Botwe Draughts Club: "It brings us together. We get to meet ourselves as people and organize ourselves. And we love ourselves and respect each other. It has a lot of advantages."

More than 200 men, both young and old are part of the Botwe Draughts Club. They come here to play the game everyday.

Strategic thinking, concentration and the ability to read others are the key skills needed to become a great draughts player. But some say the younger generation don't have the patience and focus to master this leisure sport.

Those who organize the playing of draughts in communities say they are working to whip up interest among young people.

"At the national level, we've started to organize it; that's the Ghana Draughts Association. It hasn't worked to expectation and we are hoping that we'll be able to organize ourselves and have a national league just as we have the football league," Botwe concludes.

While draughts continues to gain popularity in Ghana, players here want to sharpen their skills so they can outwit each other anytime they play the game.