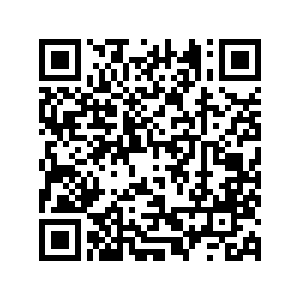 Culture and sports are intertwined and that's part of the reason for the appreciation of traditional sports in many countries across the world. Some of these sports are not as popular as say, football, but still have diehards fans who are keeping traditions alive.

Bird Singing is one such traditional sport in Nigeria. It's certainly not very prominent but nonetheless has its own fan base.

As CGTN's Deji Badmus tells us in this report, African Yellow Canaries are best known for their singing ability, and they are mostly found in northern Nigeria.

It may look strange to watch the birds sing, but what is actually going on here is a sports competition.

The Singing Bird itself has been in existence for decades.

At the initial stage, it was more about enjoying the sounds made by the birds but as time went on people started to pick out lyrics in the chirping and found a way to make them compete, which is exactly what's happening here..

The birds sing, and the experts point out the sounds, which is professionally referred to as draws.

Osakwe Vincent, Chief Referee, Singing Birds Lovers' Association of Nigeria says: "A draw is a crack that is being made by any humming bird. We bring the birds close to each other;  we bring Bird A closer to Bird B, they stay side by side but you don't let the cage touch each other. There will be somebody here counting the birds' draw."

For the referees, it takes years of experience to be able to recognize the sounds.
The first bird to attain 100 draws will be declared the winner.

Olorunnishola Tiamiyu-Etti, Vice President, Singing Birds Lovers' Association of Nigeria submits
"It is not every sound that the canary makes that counts, so that particular chirps and cracks is what they count. The basic thing is the first to 100, so we start counting. And if the two birds stop before they get to 100 after three minutes if there's no sound from each, we stop the game there."

The birds are usually guided to produce the sounds they make.

They are either bought young and kept in a separate cage beside a bigger bird to imitate the sounds from the older canary or taught with recorded sounds on mp3 players.

Some people who have devoted their interest in it depend on the training and sales of birds for their welfare.

"People train birds, not that they just pick the birds from the bush. They buy other birds to train the yellow canaries and these birds are expensive. They'll buy young canaries, train for like one year, a times two years and they'll sell at higher rates," Taiwo Otun, Chairman, Singing Birds Lovers' Association of Nigeria says.

Singing Bird is under traditional sports in Nigeria. A competition is held annually with the target of attracting more players, especially youths into the sport.

The promoters believe government support will make a difference for the advancement of the sport in the country.

Currently this sport is being played in about four states in Nigeria. The players are now pushing to expand it to all states of the federation before making a push for the continent.