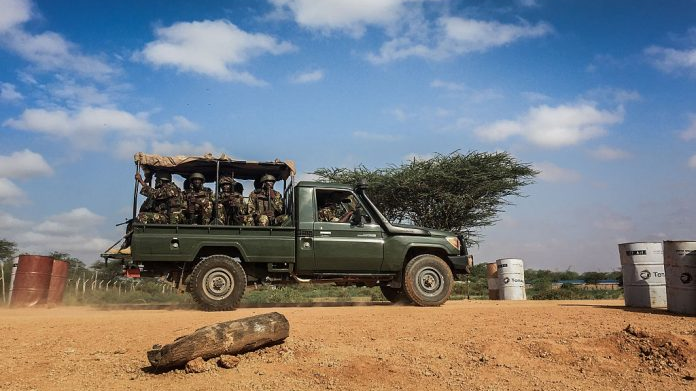 Kenyan security officers repulsed a group of militants after a fierce gun battle in the country's border region of Mandera, a police report said on Tuesday.

The militants had attempted to ambush a commuter bus on Monday traveling to Nairobi from Mandera and was repelled by the police officers.

"The bus was heading to Takaba, and as they were approaching Burashum about 30 kilometers west of the station, the driver saw two vehicles at a distance of about 500 meters that were packed on the road," the police said in the incident report.

"This prompted the driver to slow down. As he was slowing down, the bus was ambushed and shot at on the driver's side," the police added.

According to the police, a fierce gunfight between the security escorts and the militants ensued, forcing the militants to retreat.

The police said there were 25 passengers on the bus and no passenger was injured in the latest attack by the militants believed to have crossed the border from neighboring Somalia.

"All of our officers are safe," said the police, noting that reinforcement has been sent to the scene to hunt for the attackers.

Kenya's northeastern region has borne the brunt of grenade and gun attacks in the last several years since Kenya took its troops to Somalia in 2011 to fight the al-Shabab group.