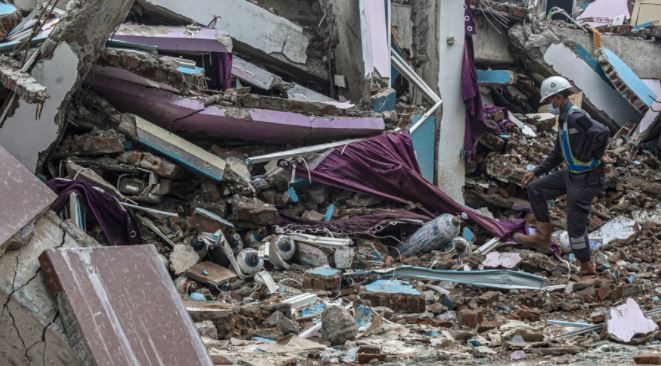 The death toll of a 6.2-magnitude earthquake that struck Indonesia's West Sulawesi province has risen to 73 with over 27,000 people taking shelters, the National Disaster Management Agency said on Sunday.

A total of 67 bodies were retrieved in Mamuju city and the rest were in Majene district, the agency's spokesman Raditya Jati said, adding that the jolts forced 27,850 residents to flee home and take shelters in 25 evacuation centers.

The emergency services in three hospitals have been ready to treat the quake victims, the spokesman said.

The risk assessment on the natural disaster and evacuation of the victims were underway, involving soldiers, policemen, personnel of the search and rescue office and volunteers, according to him.

The earthquake rocked West Sulawesi early Friday, with an epicenter at 6 km northeast of Majene, and a depth of 10 km.