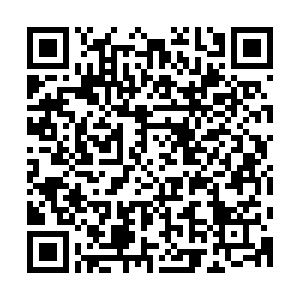 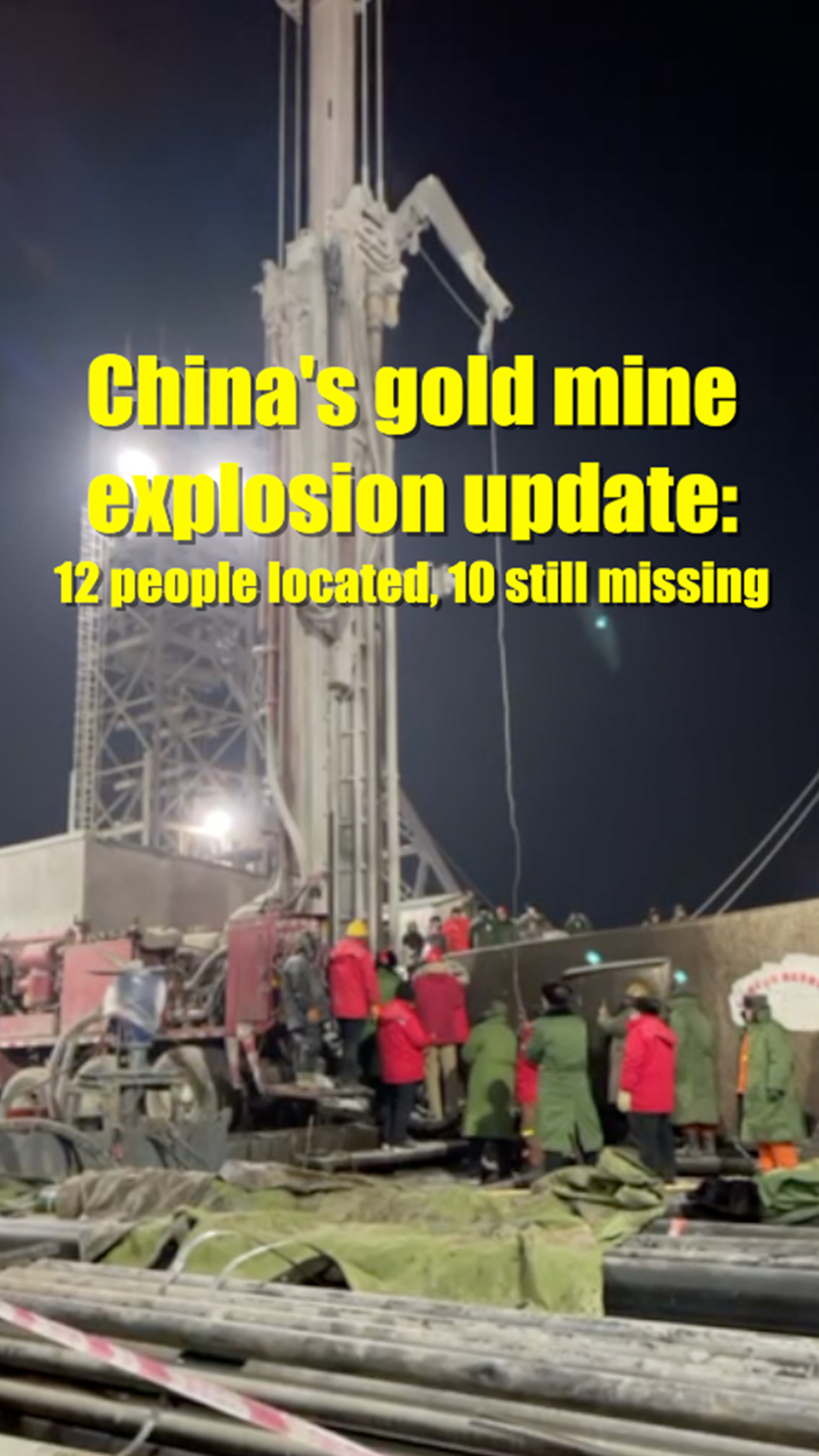 A new channel has been drilled to rescue the workers trapped after an explosion at a gold mine in east China's Shandong Province, authorities said early Monday.

It came after a channel was drilled Sunday at a section 648 meters from the entrance. However, rescuers have not yet received a response after knocking on the drilling pipe, according to the rescue headquarters.

Twenty-two mine workers were trapped underground after a blast occurred at 2 p.m. on January 10 at the gold mine in Qixia, Yantai City.

The rescue team has confirmed the location of 12 trapped workers after drilling the first hole from the surface to the tunnel. The status of the other 10 remains unclear.

Food and other supplies were lowered down the channel via a wire, and rescuers felt a tug on the wire around 10:50 p.m. on Sunday. When the rescuers pulled the wire back 35 minutes later, they found that the supplies had been taken and a note was attached that said the miners were alive, according to the headquarters. 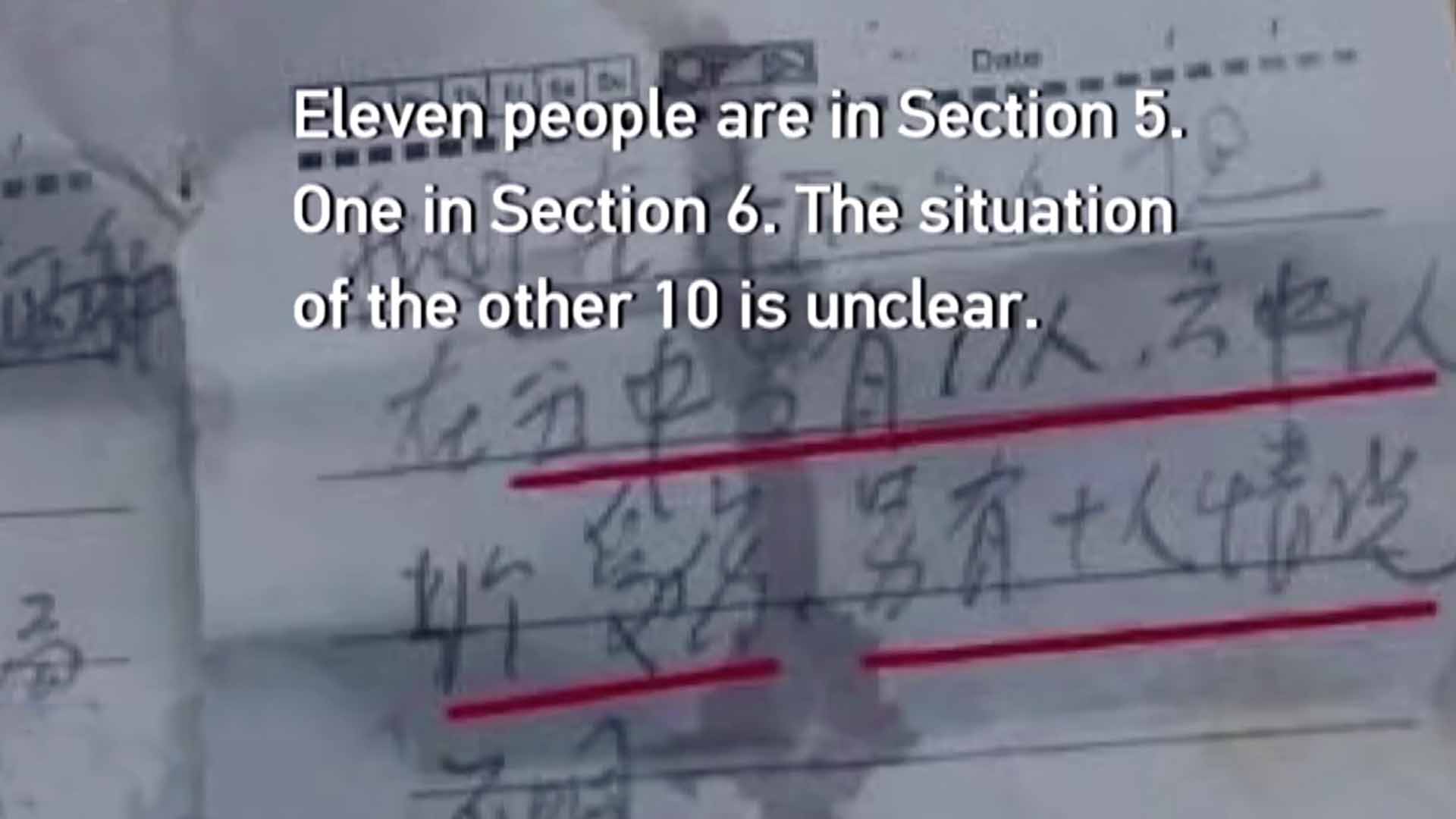 On the note, the miners wrote that they were exhausted and in urgent need of medical supplies including medical tape and hypotensive drugs.

The note also revealed the situation underground: the poorly-ventilated air had made dense smoke fill the space, while water had flooded the tunnel.

The miners wrote that they hope the rescuers keep on with their efforts, adding a "thank you" at the end of the note.

Rescue operations are ongoing. A total of 439 people from 14 rescue teams are working round-the-clock at the site, and more people came to join the teams to help reach the trapped miners. 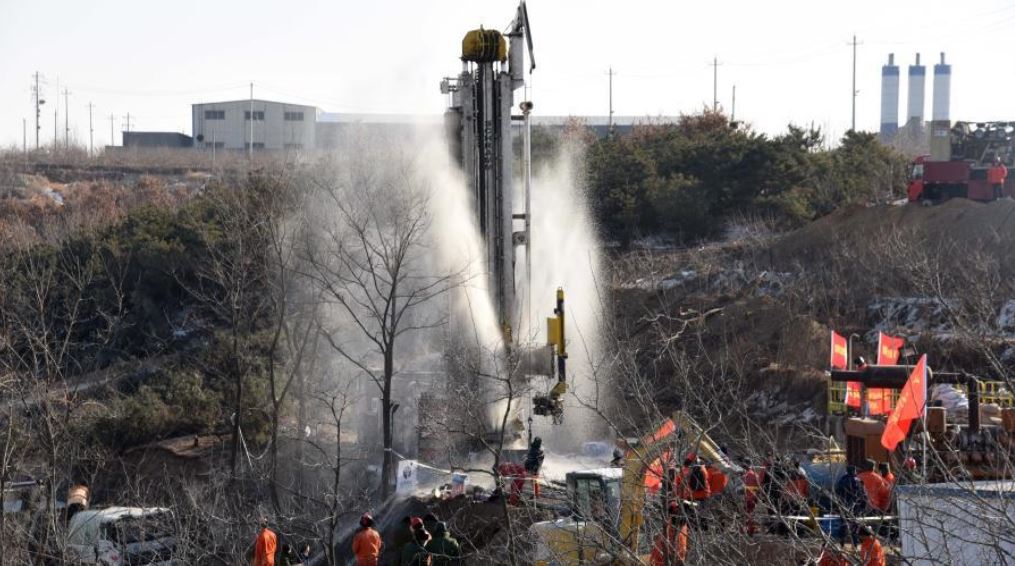 Rescuers work at the explosion site of a gold mine in Qixia City, east China's Shandong Province, January 17, 2021. /Xinhua

Rescuers work at the explosion site of a gold mine in Qixia City, east China's Shandong Province, January 17, 2021. /Xinhua

The mine's owner, Shandong Wucailong Investment Company, has been criticized for a 30-hour delay in reporting the accident.

Chinese law and regulations are clear that accidents of this nature need to be reported to the local government within one hour.

"Those responsible at the company have been placed under investigation and will be held accountable in accordance with the law," said Li Bo, deputy mayor of Yantai City. "Shandong Province has established a specific team to investigate the cause of the explosion and the company involved. And the results of the investigation will be announced to the public in a timely way."

Local media reported that Yao Xiuxia, Party secretary of Qixia City, and the city's Mayor Zhu Tao were removed from their posts on Friday due to their roles in the late reporting of the accident.