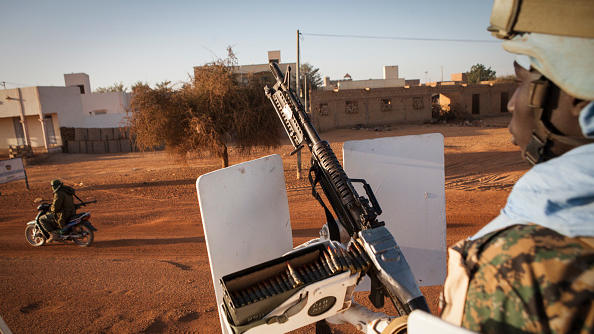 The UN Security Council on Monday strongly condemned Friday's attack against the UN peacekeeping mission in Mali, which left one peacekeeper from Egypt killed and another one seriously injured.

In a press statement, the members of the Security Council expressed their deepest condolences and sympathy to the family of the victim, as well as to Egypt and to the mission, known by its French acronym as MINUSMA. They wished a speedy and full recovery to the peacekeeper who was injured. They paid tribute to the peacekeepers who risk their lives.

The council members called on the transitional government of Mali to swiftly investigate this attack and bring the perpetrators to justice. They underlined that attacks targeting peacekeepers may constitute war crimes under international law. They stressed that involvement in planning, directing, sponsoring or conducting attacks against MINUSMA peacekeepers constitutes a basis for sanctions designations pursuant to Security Council resolutions.

The council members reaffirmed that terrorism in all its forms and manifestations constitutes one of the most serious threats to international peace and security, and underlined the need to bring perpetrators, organizers, financiers and sponsors of these reprehensible acts of terrorism to justice. They urged all states to cooperate actively with all relevant authorities in this regard.

They expressed their concern about the security situation in Mali and the transnational dimension of the terrorist threat in the Sahel region. They urged the Malian parties to fully implement the Agreement on Peace and Reconciliation in Mali without further delay. They noted that the full implementation of the agreement and the intensification of efforts to overcome asymmetric threats can contribute to improving the security situation across Mali. They underlined that the efforts of the joint military force of five Sahel countries to counter the activities of terrorist groups and other organized criminal groups will contribute to creating a more secure environment in the Sahel region.

The council members further stressed the importance of MINUSMA having the necessary capacities to fulfill its mandate and promote the safety and security of the UN peacekeepers. They reiterated their full support to the top UN envoy for Mali, MINUSMA and the other security presences in Mali and in the Sahel region and stressed that these heinous acts will not undermine their determination to continue to support the peace and reconciliation process in Mali.