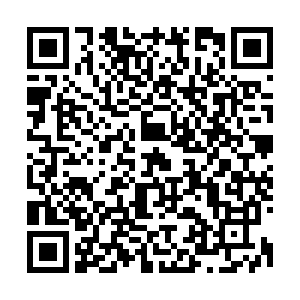 London Mayor Sadiq Khan has called for tougher rules on wearing face coverings outside after revealing that more than 12,000 Londoners have died with the COVID-19 pandemic, the Evening Standard newspaper reported.

The mayor said there was a need for face coverings where people were "cheek by jowl" in outdoor locations, and revealed concerns at the number of Londoners in public places because the current lockdown rules were not tight enough.

The British government's official figure for Londoners dying within 28 days of a positive COVID test on Thursday night stood at 11,882.

But the mayor told a LBC radio program that "more than 12,000 Londoners have now lost their life because of this awful pandemic."

The mayor said he failed to understand why the British government had not changed the rules to make face coverings mandatory where people were likely to be in close proximity, such as queues.

One in three people infected with COVID are unware they have the virus. Face coverings have been compulsory since last June on Tubes and buses, and many schools now insist on parents wearing masks when collecting children.

Khan said, "I have stopped walking my dog in the park because it's so busy." Instead, he said he takes his dog Luna for walks on the pavement.

Meanwhile, the mayor also revealed that the number of London bus drivers to die with COVID had increased to 38. More than 60 London transport staff have died in the pandemic.

Khan said bus driver deaths had previously been investigated by University College London at the request of Transport for London.

England is currently under the third national lockdown since the outbreak of the pandemic in the country. Similar restriction measures are also in place in Scotland, Wales and Northern Ireland.

To bring life back to normal, countries such as Britain, China, Germany, Russia and the United States have been racing against time to roll out coronavirus vaccines.