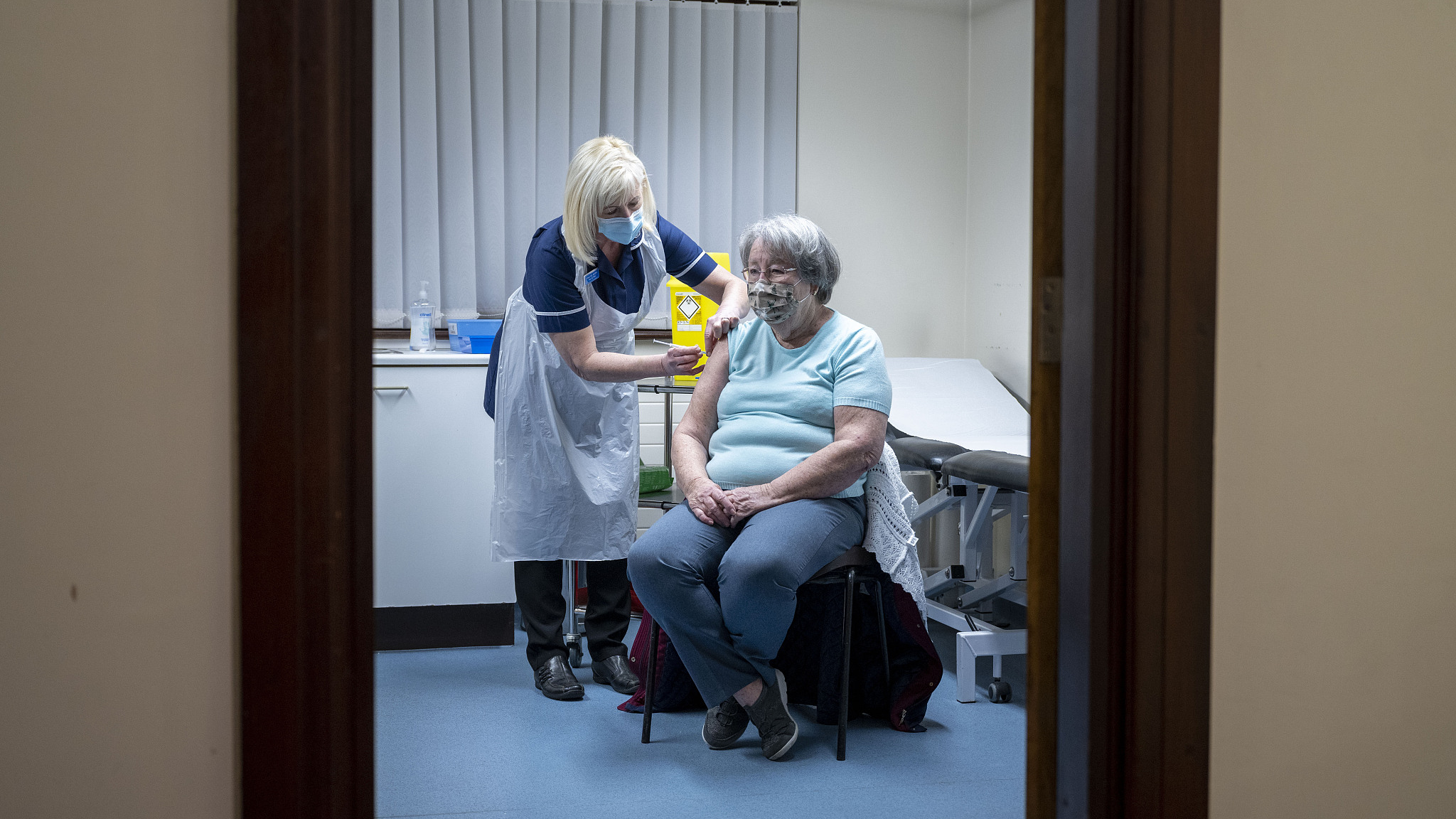 FILE PHOTO: A patient receiving a coronavirus vaccine in the UK. /VCG Image

FILE PHOTO: A patient receiving a coronavirus vaccine in the UK. /VCG Image

The UK on Saturday reported 33,552 new confirmed coronavirus cases and an additional 1,348 deaths.

The latest figures are a drop from the 40,261 infections and 1,401 deaths reported on Friday.

The UK remains the fifth worst-affected country in terms of both infections and deaths and is experiencing a resurgence in infections driven by a new strain which is spreading quicker than others.

He said the impact of the new variant was behind the immense pressure the National Health Service (NHS) was experiencing.

Johnson, however, noted that the vaccines currently in use were effective against the old and new coronavirus variants.

He added that the UK remained on course to achieve its target of offering a first vaccine to everyone in the top four priority groups by mid-February.

The UK has reported more than 3.5 million confirmed cases and more than 96,000 deaths, according to figures from the Johns Hopkins University.