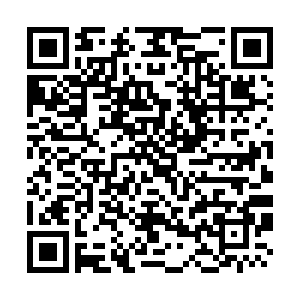 FILE PHOTO: Ugandan commander of the notorious Lord's Resistance Army (LRA) Dominic Ongwen, stands in the courtroom of the International Criminal Court (ICC) during the confirmation of charges hearing in the Hague. /Getty Images

FILE PHOTO: Ugandan commander of the notorious Lord's Resistance Army (LRA) Dominic Ongwen, stands in the courtroom of the International Criminal Court (ICC) during the confirmation of charges hearing in the Hague. /Getty Images

The International Criminal Court (ICC) announced it will deliver its judgment in the case against Dominic Ongwen, an alleged commander in Uganda's shadowy Lord's Resistance Army (LRA), on Thursday.

"The judgment on conviction or acquittal pursuant to article 74 of the Rome Statute will be delivered on 4 February 2021 at 10:00 (The Hague local time)," the ICC said in a statement.

Ongwen is charged with 70 counts of crimes against humanity and war crimes allegedly committed in northern Uganda after July 2002.

He is specifically charged with commanding an LRA unit that launched attacks on camps for displaced people in northern Uganda in 2003 and 2004.

His trial began in December 2016 when he pleaded not guilty to the charges which include murder, rape, sexual enslavement and using child soldiers during the LRA insurgency.

The trial has posed difficult questions of responsibility and blame for the judges as Ongwen's defense argued he was a boy abducted on his way to primary school and raised in a cult-like group renowned for its brutality.

They further claimed that his upbringing in the LRA and devotion to its leader, Joseph Kony, who remains one of the world's most notorious fugitives from justice, absolves him of criminal responsibility.

Ongwen is the first former child soldier to face trial at the institution and the first defendant to be both alleged perpetrator and victim of the same crimes.

Prosecutors, on the other hand, claim that Ongwen is a former child soldier who turned into a murderous commander.

(With input from International Criminal Court)