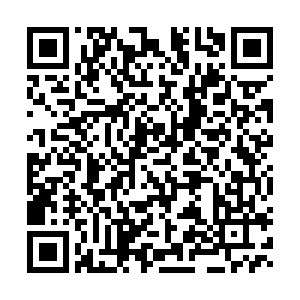 Egyptian President Abdel Fattah el-Sisi has pledged his administration's support to the Democratic Republic of Congo President Felix Tshisekedi in his tenure as the chairman of the African Union.

President Tshisekedi is set to take over the helm of the continental bloc later this month from South African President Cyril Ramaphosa, who's tenure has lasted since last February.

El-Sisi, who was the AU Chairperson before Ramaphosa, acknowledged that Tshisekedi would take over leadership of a continent dodged by challenges, including the COVID-19 pandemic and insecurity.

"I would also like to affirm our full support for His Excellency during his term as Chairperson of the African Union and our confidence in his wise leadership of the joint African action as well as his success in leading Africa at that stage during which a number of challenges are witnessed. Such challenges are mainly containing the outbreak of COVID-19, eliminating the threat of extremism and terrorism, and activating economic and trade integration between the African countries," said el-Sisi.

The Egyptian leader made the remarks on Tuesday at a joint press conference with Tshisekedi who is on an official visit to the North African country.

The two leaders held bilateral talks aimed at bolstering cooperation between their countries.

"I also reaffirmed Egypt's firm stance towards supporting all efforts to maintain peace and stability in the sisterly Democratic Republic of the Congo and that Egypt, driven by the friendly and brotherly relations, would continue working with transparency so as to support the Congolese national efforts. These efforts are aimed at consolidating the foundations of peace and internal stability, in a way that promotes development and prosperity for all the Congolese people and preserves the state's structures and institutions and their capabilities to continue the path of institutional democratic transformation," said el-Sisi.

On his part, President Tshisekedi stressed his keenness to develop bilateral relations in various fields, especially trade and economic cooperation, as well as strengthen political relations between the two countries.